GBP/USD pares the decline following the Federal Open Market Committee (FOMC) meeting as the Bank of England (BoE) votes 5 to 3 to keep the benchmark interest rate at the record-low of 0.25%.

The growing dissent within the Monetary Policy Committee (MPC) may continue to limit the downside risk for the British Pound as Michael Saunders and Ian McCafferty now push for a rate-hike, but the rift may fail to boost interest-rate expectations as Kristen Forbes departs from the BoE at the end of the month. With that said, market participants may pay increased attention to fresh remarks from Governor Mark Carney as the central bank head is scheduled to speak at the Mansion House Banks and Merchants dinner, and the British Pound remains at risk of giving back the relief rally from earlier this year as the majority of the BoE remains in no rush to normalize monetary policy. 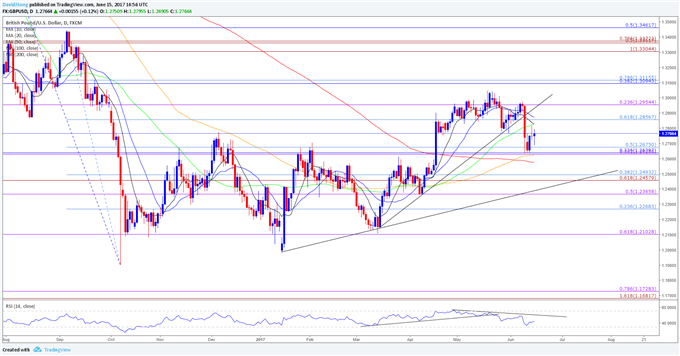 NZD/USD struggles to hold its ground as New Zealand’s 1Q Gross Domestic Product (GDP) report showed the economy growing at the slowest pace since 2015, and NZD/USD may continue to track lower ahead of the Reserve Bank of New Zealand (RBNZ) interest rate decision on June 22 as the central bank appears to be on course to preserve the record-low cash rate throughout 2017.

The RBNZ is likely to reiterate ‘monetary policy will remain accommodative for a considerable period’ amid the ongoing slack in the real economy, and Governor Graeme Wheeler may continue to tame interest-rate expectations ahead of his departure in September as ‘the growth outlook remains positive, supported by on-going accommodative monetary policy.’ In turn, a slew of dovish rhetoric from the RBNZ may undermine the near-term recovery in NZD/USD amid the deviating paths for policy. 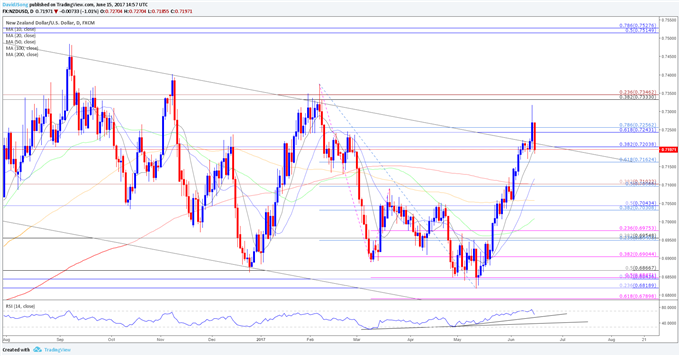 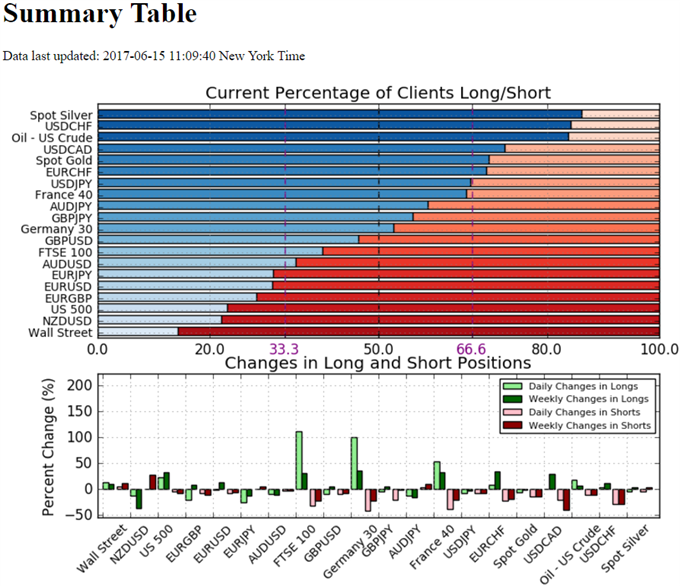 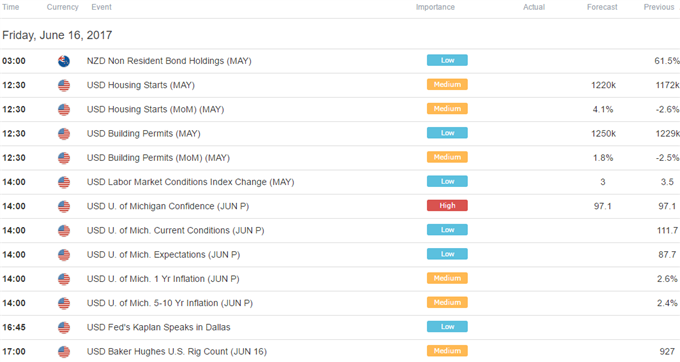