GBP/USD Comes Up Against Key Downside Hurdles Ahead of BoE

- GBP/USD Comes Up Against Key Downside Hurdles Ahead of BoE.

The near-term rebound in USD/JPY may continue to unravel as global benchmark equity indices struggle to hold their ground, and the adjustment in risk sentiment may generate range-bound conditions as market attention to turns to the slew of central bank meetings scheduled for the days ahead.

The recent shift in risk appetite may keep USD/JPY under pressureas market participants utilize the Japanese Yen as a funding-currency, with the pair back at risk of testing the April-low (108.13) as it fails to extend the series of higher highs & lows from the previous week. At the same time, the fresh updates coming out of the Federal Reserve may do little to prop up the greenbackas officials are likely to project a terminal fed funds rate close to 3.00%, and the dollar-yen exchange rate may extend the bearish trend carried over from late-2016 if the committee refrains from releasing a more detailed exit strategy. 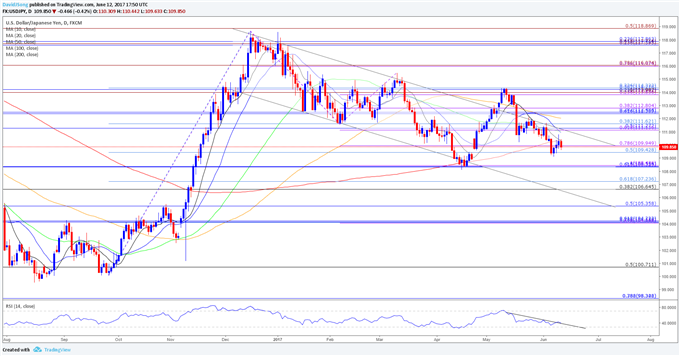 GBP/USD remains under pressure following the U.K. election, with the pair at risk of facing further losses should the key data prints coming out of the region cast a weakened outlook for growth and inflation.

Even though the U.K. Consumer Price Index (CPI) is expected to hold steady at an annualized 2.7% in May, a downtick in Average Hourly Earnings accompanied by a 1.0% decline in Retail Sales are likely to weigh on Sterling as it encourages the Bank of England (BoE) to preserve the highly accommodative policy stance throughout 2017.With Monetary Policy Committee (MPC) member Kristen Forbes departing the central bank at the end of June, the majority may merely attempt to buy more time amid the growing uncertainty surrounding the fiscal outlook. In turn, the BoE’s June 15 interest rate decision may yield a limited market reaction amid expectations for another 7 to 1 split, with the near-term outlook for GBP/USD now tilted to the downside as it fails to preserve the monthly opening range. 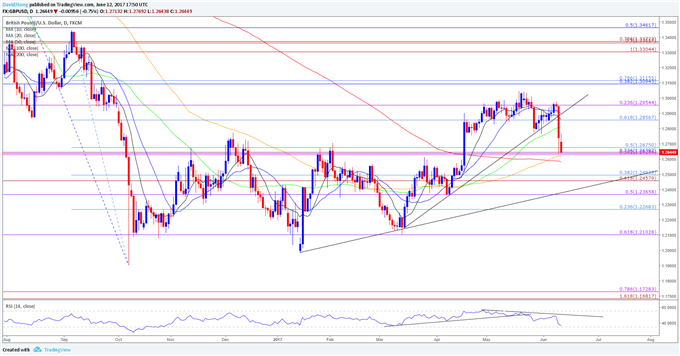 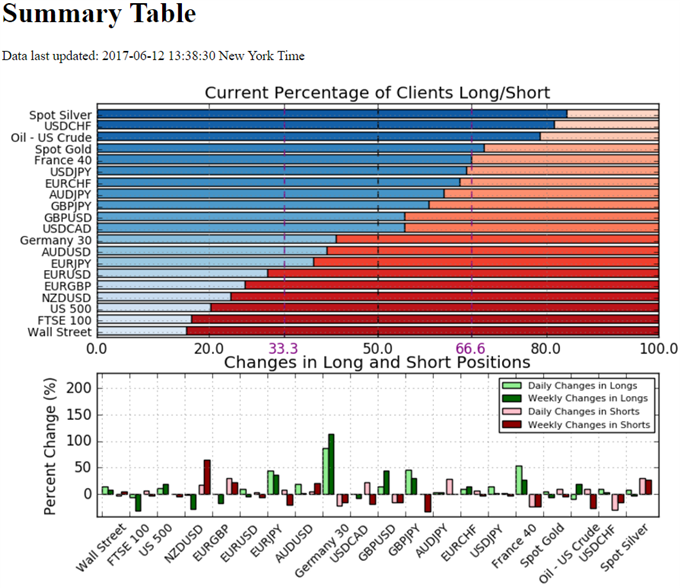 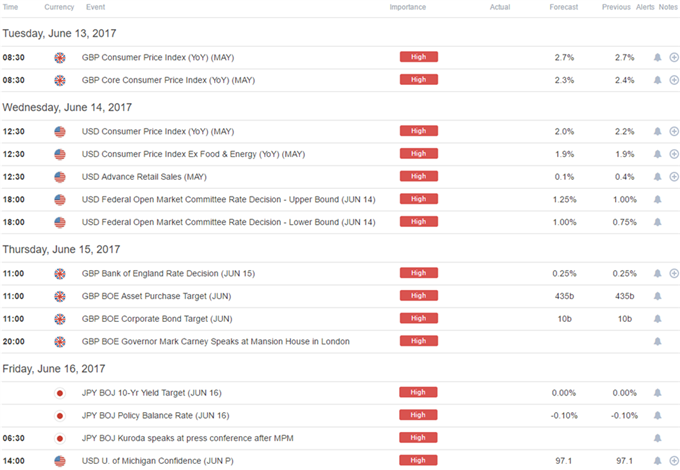