USD/CAD Fails to Hold Monthly Range Ahead of FOMC Meeting

The Canadian dollar outperforms its major counterpart as the region’s employment report showed a 54.5K jump in job growth, but the USD/CAD may continue to operate within a narrow range as market attention turns to the Federal Open Market Committee’s (FOMC) interest rate decision on June 14.

With the FOMC widely anticipated to deliver a 25bp rate-hike next week, expectations for higher borrowing-costs may limit the downside risk for USD/CAD, and the broader outlook for the pair remains tilted to the upside especially as the Bank of Canada (BoC) remains in rush to lift its benchmark interest rate off of the record-low. However, the fresh projections coming out of the Fed may dampen the appeal of the greenback should officials continue to project a terminal fed funds rate close to 3.00%, and the committee may attempt to buy more time as ‘market-based measures of inflation compensation remain low; survey-based measures of longer-term inflation expectations are little changed, on balance.’ 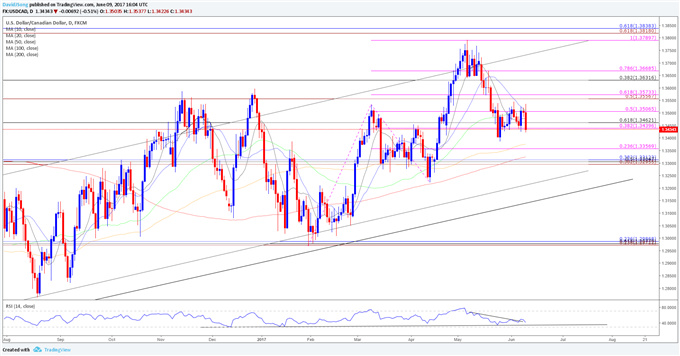 The British Pound sheds the advance from earlier this month as the Conservative party loses its majority in Parliament, with Prime Minister Theresa May pledging to form a working government.

However, GBP/USD stands at risk of facing additional headwinds over the near-term amid the growing uncertainty surrounding the U.K. economy, and the Bank of England (BoE) may keep the door open to further embark on its easing-cycle as especially as ‘the Committee judges that consumption growth will be slower in the near term than previously anticipated.’

With ‘Brexit’ negotiations scheduled to start on June 19, Governor Mark Carney may continue to tame interest rate expectations at the June 15 meeting as especially as ‘wage growth has been notably weaker than expected,’ and more of the same from the BoE may drag on Sterling as officials are like to reiterate ‘monetary policy can respond in either direction to changes to the economic outlook.’ 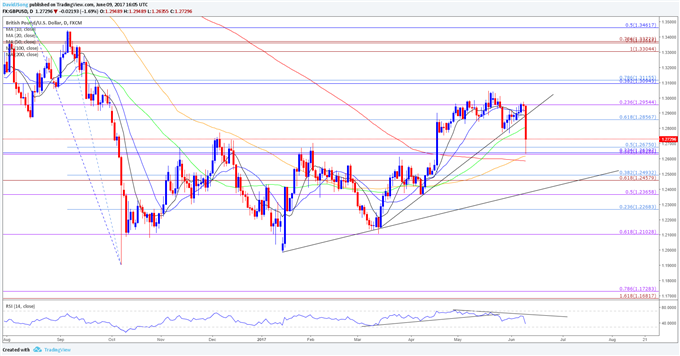 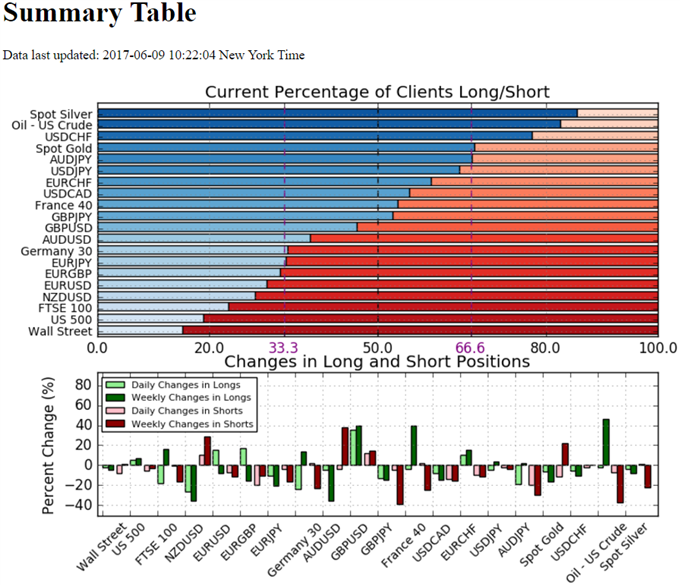 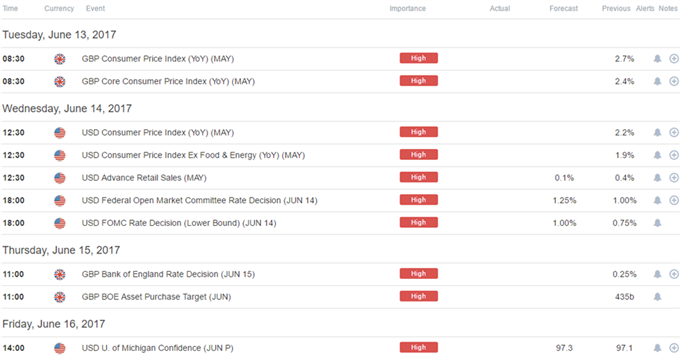