The New Zealand dollar outperforms its major counterparts, with NZD/USD climbing to a fresh monthly high of 0.7222, and the pair may continue to appreciate over the coming days as it makes a more meaningful attempt to break out of the downward trend carried over from 2016.

Even though the Reserve Bank of New Zealand (RBNZ) is widely expected to preserve the record-low cash rate at the June 22 interest rate decision, the central bank proposed a debt-to-income instrument, which ‘would reduce the risk of a severe housing downturn in certain circumstances, and attenuate the impact of any downturn on the wider economy,’ and Governor Graeme Wheeler and Co. may show a greater willingness to gradually move away from its easing cycle as ‘the growth outlook remains positive, supported by on-going accommodative monetary policy, strong population growth, and high levels of household spending and construction activity.’ With that said, the RBNZ may merely try to buy more time with Governor Wheeler scheduled to depart in September, and a less-dovish policy statement may heighten the appeal of the New Zealand dollar as market participants scale back bets for additional monetary support. 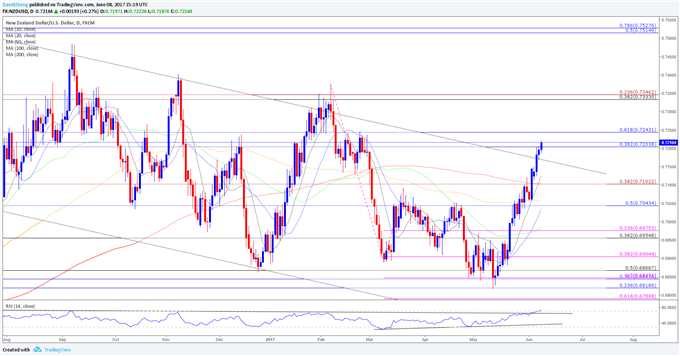 USD/JPY pares the decline from earlier this week, with the pair at risk for a larger rebound as it appears to have made a failed attempt to test the April-low (108.13). The recent volatility in the dollar-yen exchange rate appears to be broadly tracking market sentiment as the global benchmark equity indices track higher ahead of the weekend, and a further pickup in risk appetite may prop up USD/JPY as market participants continue to utilize the Japanese Yen as a funding-currency. 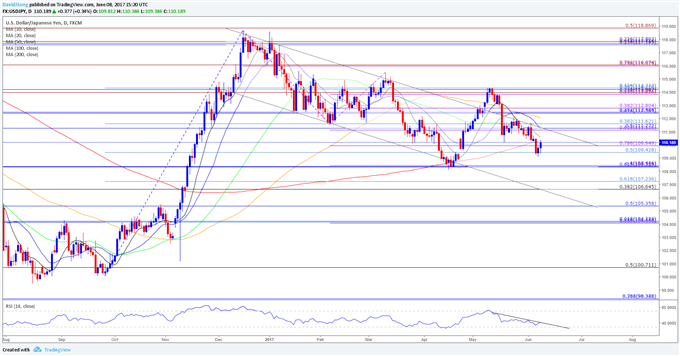 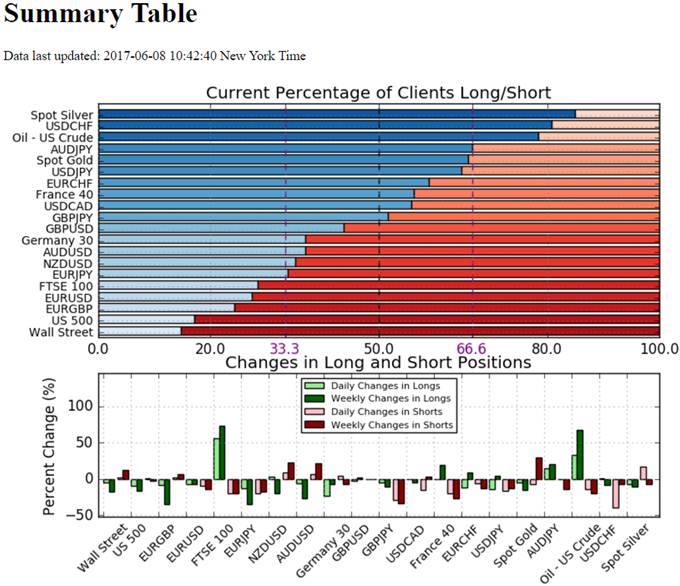