The British Pound weathers another terror attack in the U.K., with GBP/USD climbing to a fresh monthly high of 1.2940, and the pair may continue to gain ground ahead of the U.K. snap election on June 8 as it appears to be breaking out of a narrow range.

Hopes for a more unified government may keep Sterling afloat as opinion polls point to a Conservative majority, but the threat of a hung Parliament may undermine the recent recovery in the British Pound especially as the economic outlook remains clouded with high uncertainty. With that said, the Bank of England (BoE) may merely try to buy more time at the next policy meeting on June 15, and Governor Mark Carney and Co. may continue tame interest-rate expectations as ‘consumption growth will be slower in the near term than previously anticipated.’ 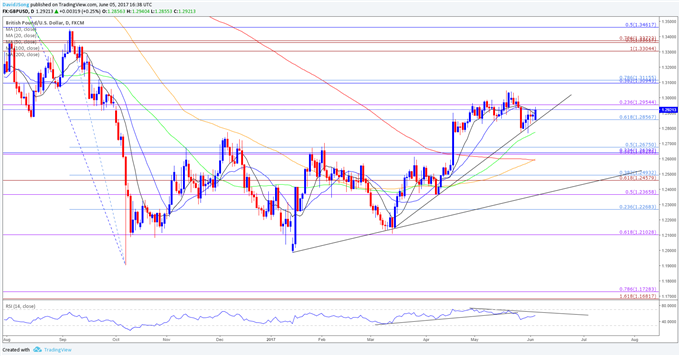 The Euro lags behind its major counterparts, with EUR/USD at risk for a larger pullback ahead of the European Central Bank (ECB) interest rate decision on June 8 as it appears to be carving a bearish inside-day (harami).

The ECB policy meeting takes center stage as the central bank is scheduled to release its updated projections, and President Mario Draghi and Co. may keep the door to further embark on the easing-cycle as officials warn ‘a very substantial degree of monetary accommodation is still needed for underlying inflation pressures to build up and support headline inflation in the medium term.’ However, the Governing Council may soften its dovish tone as the central bank remains on course to conclude its quantitative easing (QE) program in December, and a material adjustment to the policy outlook may fuel a further shift in market behavior should the ECB show a greater willingness to wind down its asset-purchases over the coming months. 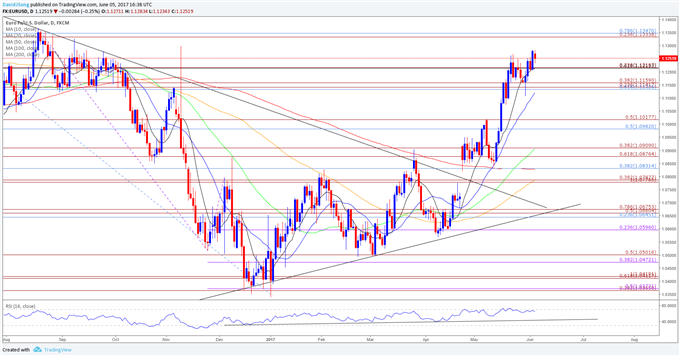 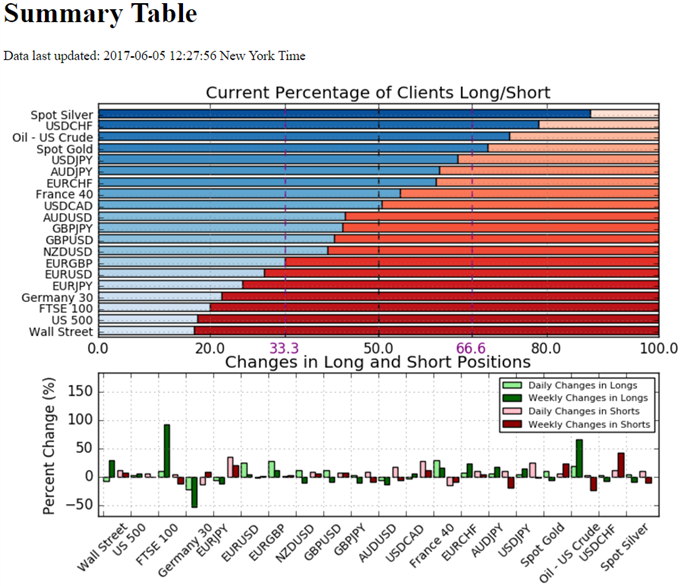 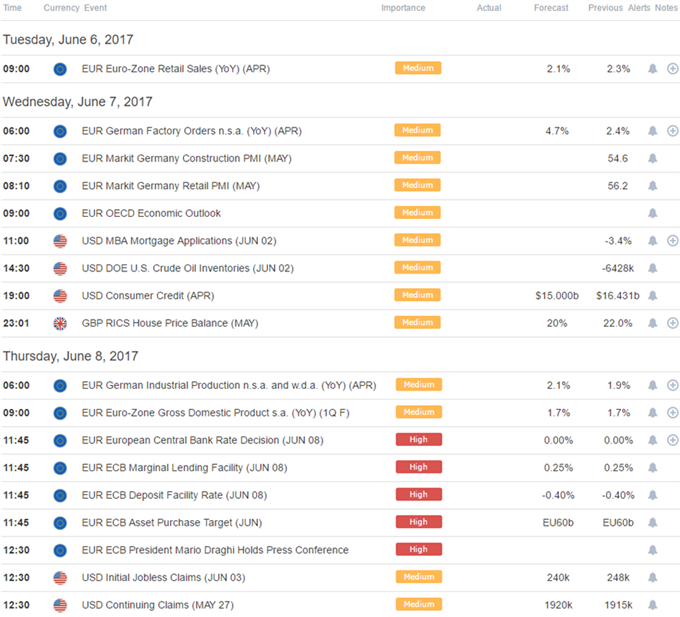