The Canadian dollar outperforms its major counterparts following the Bank of Canada (BoC) interest rate decision, with USD/CAD slipping to a fresh monthly low of 1.3430 as Governor Stephen Poloz and Co. adopt an improved outlook and note that ‘the Canadian economy’s adjustment to lower oil prices is largely complete and recent economic data have been encouraging.’

Keep in mind the BoC continued to endorse a wait-and-see approach for monetary policy, with officials arguing ‘the current degree of monetary stimulus is appropriate at present,’ but the central bank may slowly change its tune over the coming months as ‘the output gap is projected to close in the first half of 2018, a bit sooner than the Bank anticipated in January.’ 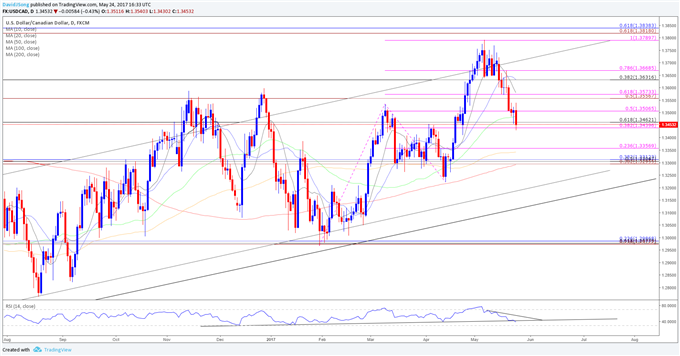 USD/JPY extends the rebound from the May low (110.24) amid the pickup in market sentiment, and the pair may stage a larger advance over the coming days as it breaks the series of lower highs & lows from earlier this month.

Broader outlook for the dollar-yen exchange rate remains tilted to the upside especially as the Federal Open Market Committee (FOMC) appears to be on course to deliver a 25bp rate-hike in June, while the Bank of Japan (BoJ) continues to embark on its Quantitative/Qualitative Easing (QQE) program with Yield-Curve Control. As a result, USD/JPY may continue to track changes in risk appetite as market participants utilize the Yen as a funding-currency, but the BoJ may find it increasingly difficult to further embark on its easing-cycle as former Fed Chair Ben Bernanke warns ‘there are relatively few options available’ for Governor Haruhiko Kuroda and Co. With that said, the BoJ’s may boost its effort to weaken the local currency as the central bank struggles to achieve the 2% target for inflation. 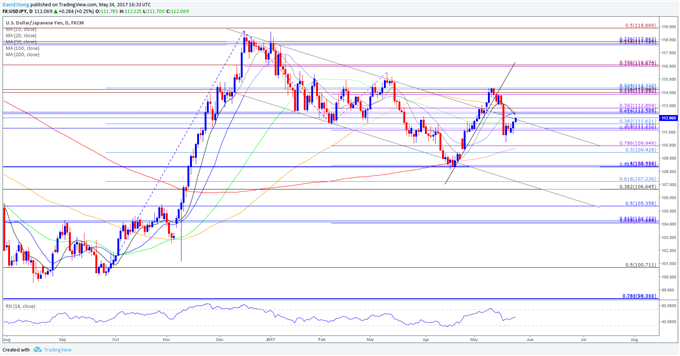 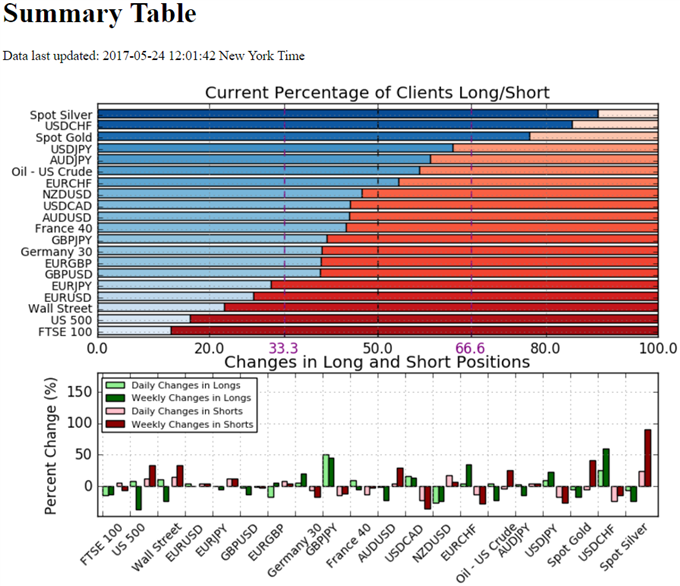 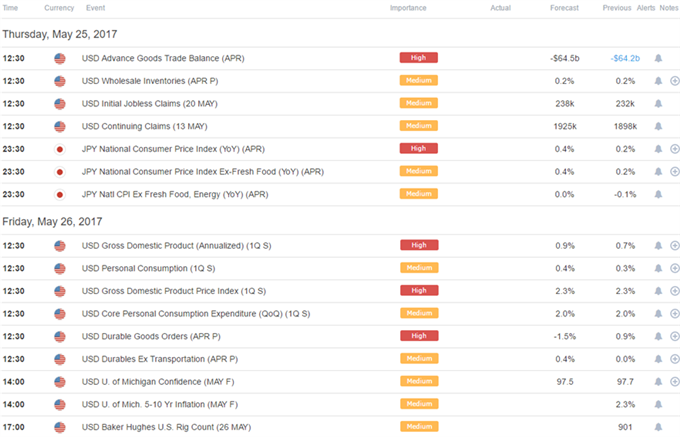