- EUR/USD Struggles at 1.1160 Hurdle; RSI Pulls Back from Overbought Territory.

The British Pound extends the advance from earlier this week amid the better-than-expected U.K. Retail Sales report, and the GBP/USD exchange rate may continue to track higher over the days ahead as it breaks out of the monthly range.

The pickup in household consumption instills an improved outlook for the region as it remains one of the leading drivers of growth & inflation, and the positive developments coming out of the real economy may encourage the Bank of England (BoE) to normalize monetary policy sooner rather than later as price growth exceeds the central bank’s 2% target. However, the majority of the Monetary Policy Committee (MPC) may stick to a wait-and-see approach in 2017 as officials see inflation ‘peaking a little below 3%,’ and we may see another 7 to 1 split at the next meeting on June 15 as Governor Mark Carney and Co. reiterate ‘monetary policy can respond in either direction to changes to the economic outlook.’ 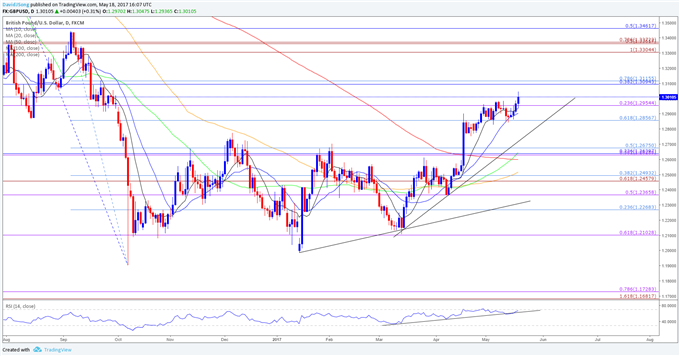 EUR/USD pulls back from a fresh monthly high of 1.1172 amid renewed concerns surrounding the monetary union, and the single-currency stands at risk of facing near-term headwinds as Greece struggles to secure the next tranche of the EU/IMF bailout.

The European Central Bank (ECB) meeting minutes also appears to be weighing on the exchange rate as officials warn ‘a downward revision to the inflation outlook in the June 2017 Eurosystem staff macroeconomic projections could not be ruled out,’ and President Mario Draghi and Co. may keep the door open to further extend its quantitative easing (QE) program as the Governing Council struggles to achieve its one and only mandate for price stability. 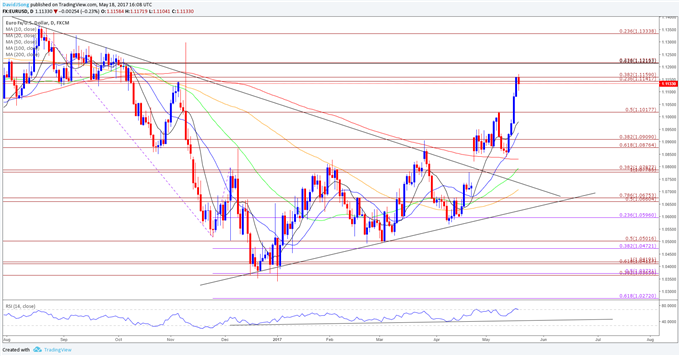 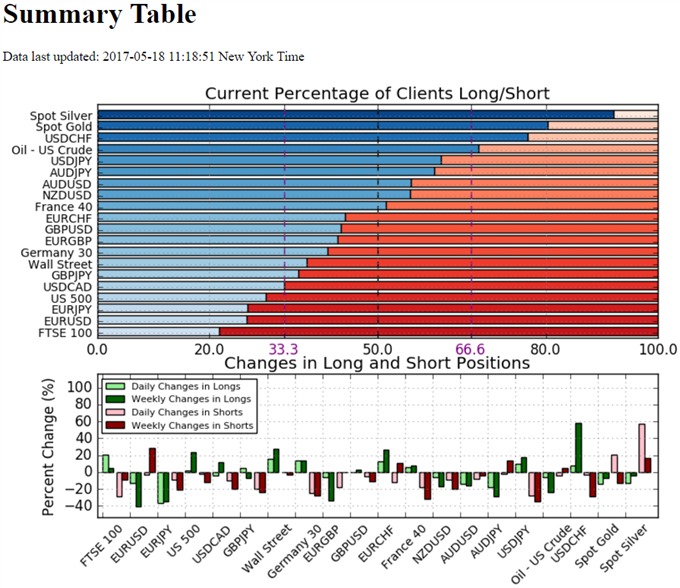