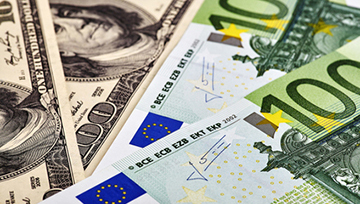 EUR/USD extends the rebound from the weekly low (1.0839) following the slew of mixed data prints coming out of the world’s largest economy, and the pair may stage a larger recovery over the coming days as it breaks the recent series of lower highs & lows.

With the Euro-Zone’s Gross Domestic Product (GDP) report anticipate to show the monetary union expanding an annualized 1.7% in the first-quarter of 2017, a positive development may heighten the appeal of the single-currency as it puts increased pressure on the European Central Bank (ECB) to move away from its easing-cycle. However, the recent comments from ECB President Mario Draghi suggest the Governing Council is in no rush to remove its highly accommodative policy stance as the central bank struggles to achieve its one and only mandate for price stability, and ECB officials may increase their efforts to ward off a taper tantrum as ‘underlying inflation pressures continue to remain subdued and have yet to show a convincing upward trend.’ 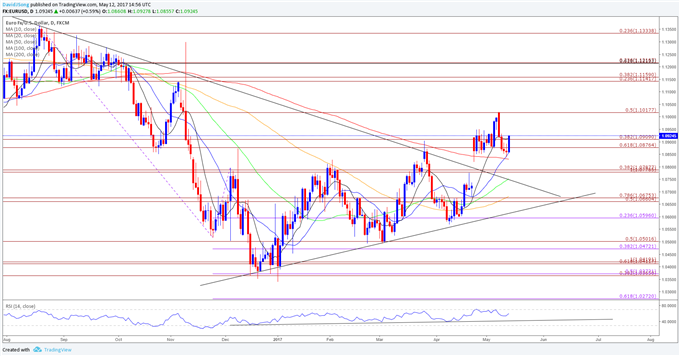 The British Pound lags behind most of its major counterparts following the Bank of England’s (BoE) ‘Super Thursday’ event, and the GBP/USD exchange rate stands at risk for further losses as it starts to carve a string of lower highs & lows.

Nevertheless, the slew of key data prints coming out of the U.K. may heighten the appeal of sterling as the core Consumer Price Index (CPI) is expected to increase an annualized 2.2% in April, while Retail Sales are projected to increase 1.0% during the same period. With that said, a batch of positive developments may curb the recent weakness in GBP/USD as it encourages BoE officials to soften its dovish tone for monetary policy, but the relief rally appears to be getting exhausted as the pair fails to clear the monthly opening range. 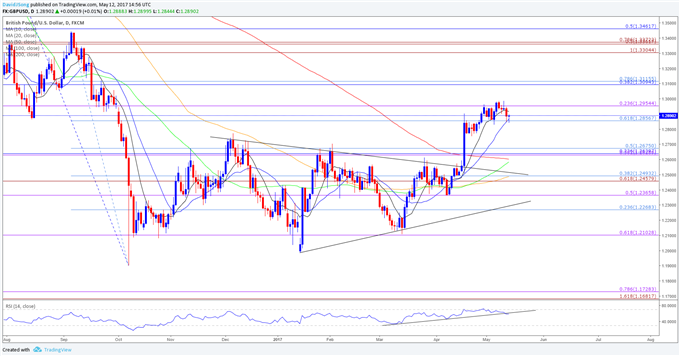 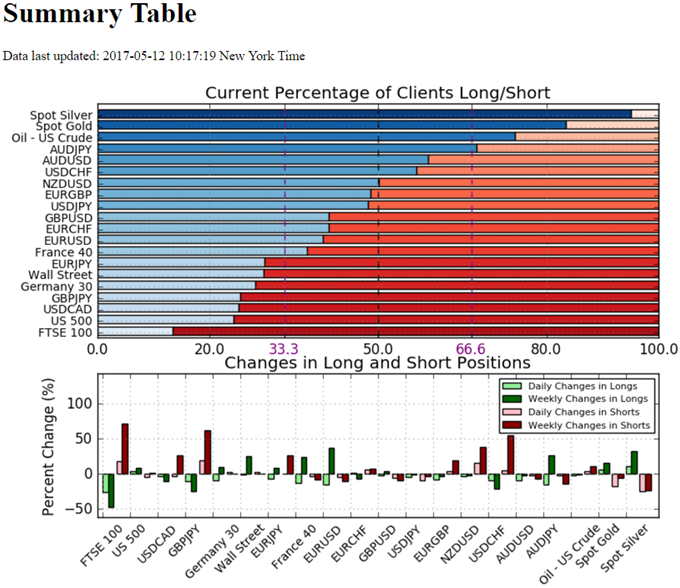 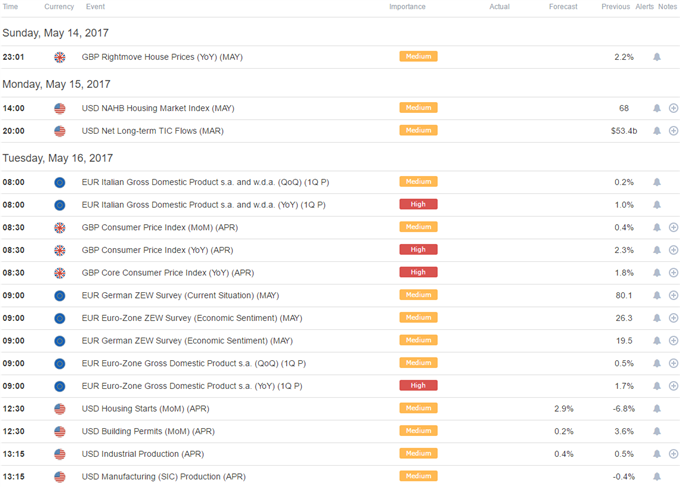