Australian Dollar Searches for Support Ahead of China Inflation Report

The British Pound outperforms its major counterparts ahead of the Bank of England’s (BoE) ‘Super Thursday’ event, but the slew of U.K. data prints coming out prior to the updated inflation report may drag on GBP/USD should the developments highlight a weakened outlook for growth and inflation. With U.K. Industrial Production & Manufacturing anticipated to contract for the third consecutive month in March, signs of a slowing economy may produce headwinds for Sterling as it encourages the Bank of England (BoE) to preserve the highly accommodative policy stance throughout 2017. 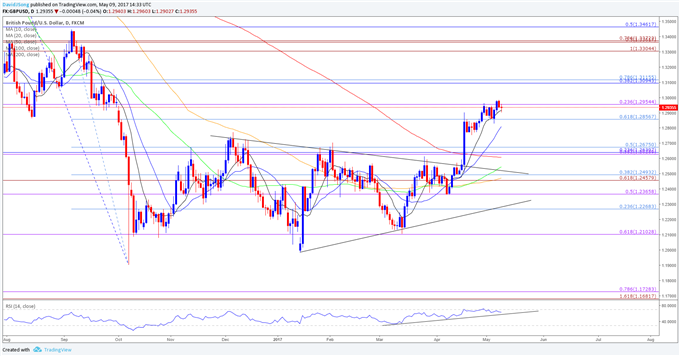 The Australian dollar struggled to hold its ground following the dismal Retail Sales report, but the AUD/USD exchange rate appears to be bouncing back following 2017-18 budget statement as the coalition government under Malcolm Turnbull unveils a A$75B fiscal stimulus program to boost job/wage growth. Despite projections for A$29.4B deficit, Moody’s Investor Services notes that the budget remains supportive of a AAA-credit rating, and the expansion in public spending may encourage the Reserve Bank of Australia (RBA) to change its tune at its next policy meeting on June 6 as Governor Philip Lowe warns ‘interest rates in Australia will increase’ as the economy continues to transition from the mining boom. 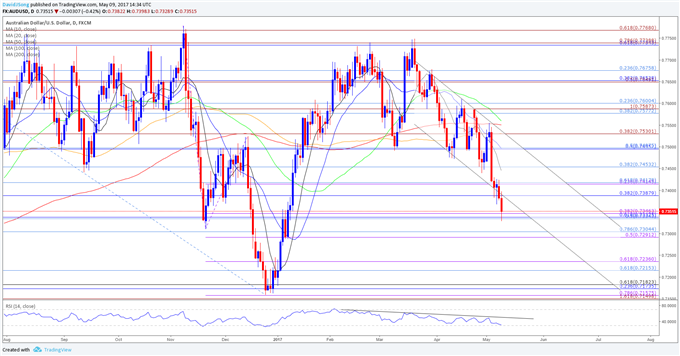 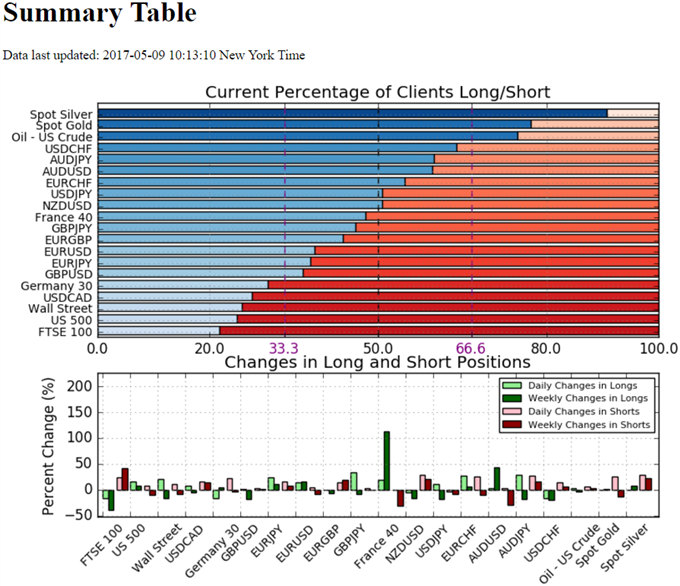 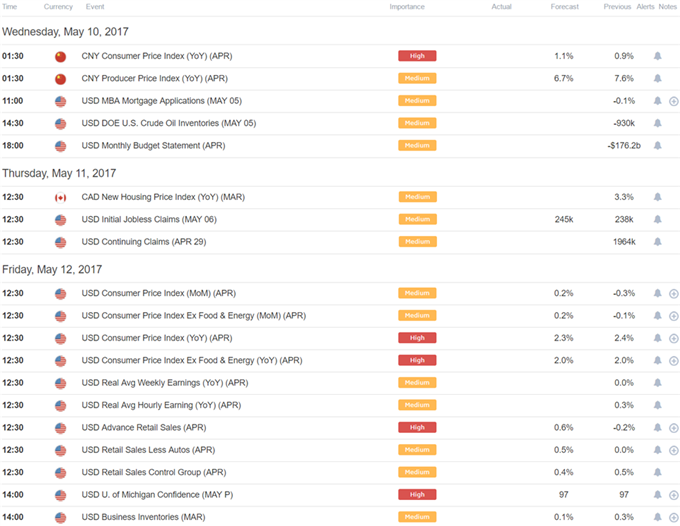