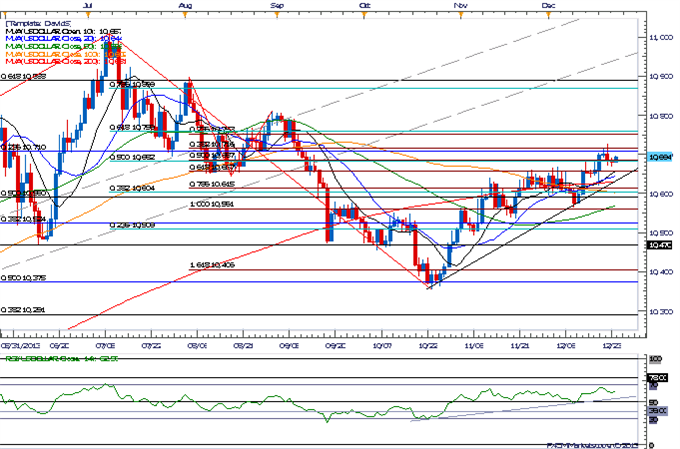 The Dow Jones-FXCM U.S. Dollar Index (Ticker: USDollar) edged higher ahead of the Christmas holiday as U.S. Durable Goods Orders increased 3.5 percent in November, and the bullish sentiment surrounding the reserve currency may gather pace in 2014 as the fundamental outlook for the world’s largest economy improves.

Thin trading conditions are expected to limit market volatility throughout the remainder of the year, but the more robust recovery may spur a further shift in the policy outlook as the Federal Reserve starts to move away from its easing cycle. Despite the more dovish twist to the Fed’s forward-guidance, there’s growing bets that the central bank will implement a string of cuts next year as the 2014 FOMC includes central bank hawks Richard Fisher and Charles Plosser.

As a result, the upward trend dating back to the end of October may continue to take shape in the month ahead, and the fundamentals may continue to prop up the greenback as the economic recovery gradually gathers pace. 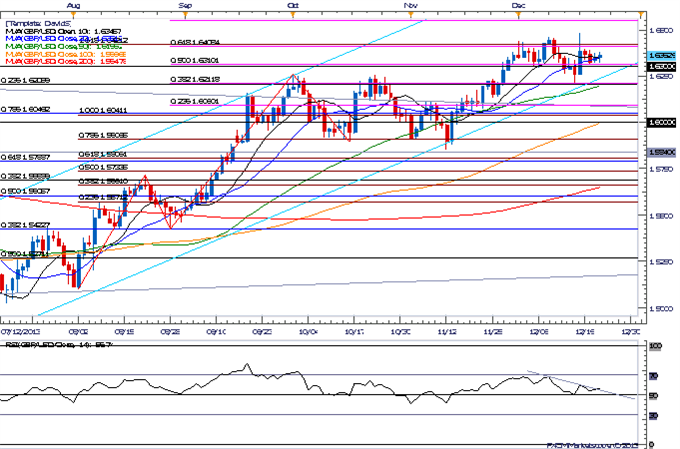 Three of the four components weakened against the dollar, led by a 0.22 percent decline in the Japanese Yen, while the British Pound bucked the trend as Loans for House Purchases increased an annualized 45.0K in November to mark the fastest pace of growth since December 2009.

Given the current policy stance, it seems as though Bank of England (BoE) may become increasingly hawkish next year as threats of an asset-bubble become a growing concern for the central bank.

In turn, Governor Mark Carney may have little choice but to normalize monetary policy ahead of schedule, and the GBPUSD looks poised for a bullish breakout as it carves a higher low in December (1.6214)