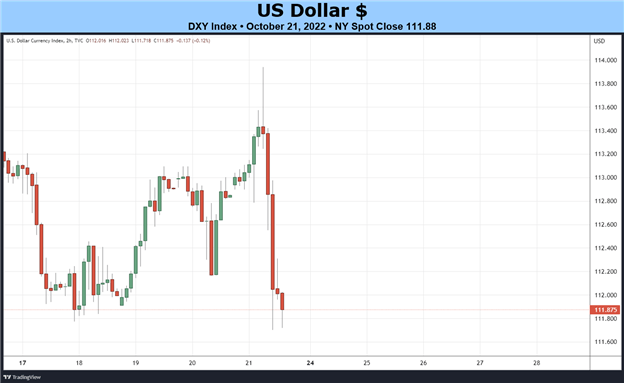 The US Dollar (via the DXY Index) fared well over the course of most of last week until intervention efforts by one or both of the Bank of Japan and Japanese Ministry of Finance sent USD/JPY rates tumbling on Friday, sinking the US Dollar across the board. Overall, the DXY Index fell by -1.26%, with USD/JPY rates falling by -0.72%. EUR/USD rates added +1.42%, while GBP/USD rates gained +1.06% around the resignation of UK Prime Minster Liz Truss. Gold prices in USD-terms (XAU/USD) nearly set a new yearly low, but were able to settle higher by +0.80%.

After last week, when there were no high rated US data releases, the economic calendar has several meaningful reports due in the coming days. It’s also worth noting that we’re now in the communications blackout period ahead of the November Fed meeting, placing additional emphasis on data releases as a source of volatility in USD-pairs. 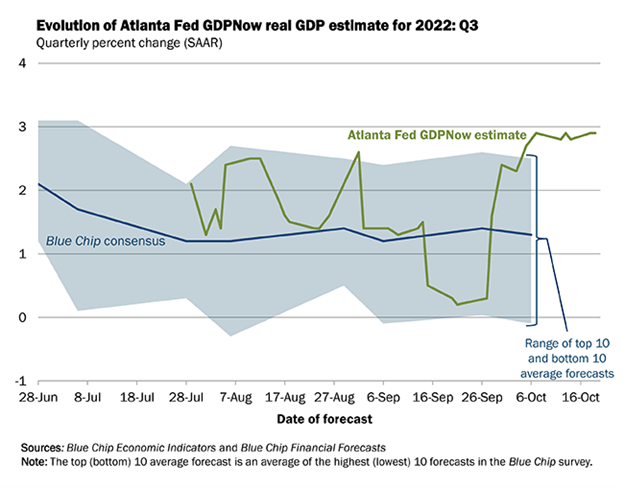 Based on the data received thus far about 3Q’22, the Atlanta Fed GDPNow growth forecast is now at +2.9% annualized. The upgrade resulted from “the nowcast of third-quarter real gross private domestic investment growth [increasing] from -3.6% to -3.3%.” 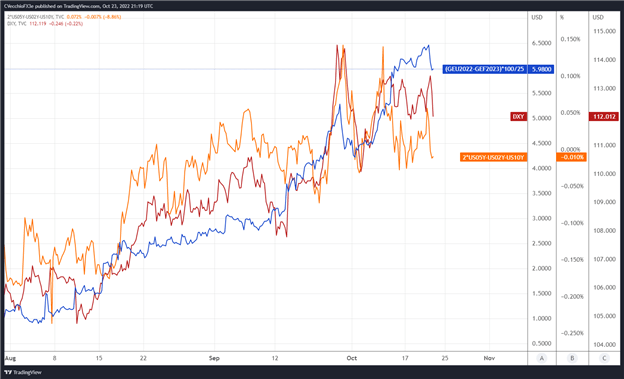 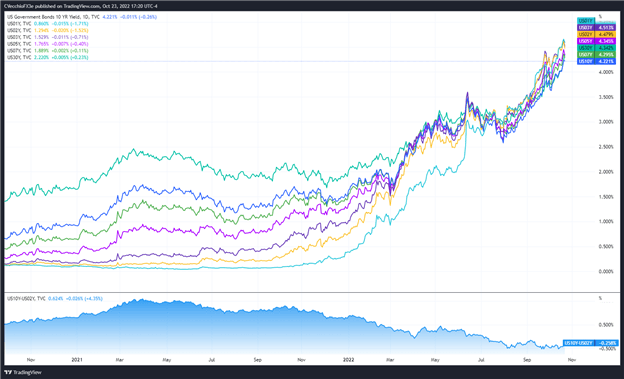 The shape of the US Treasury yield curve – inverted near -26-bps, but steeper than in recent weeks – alongside a drop in Fed rate hike odds has impaired the US Dollar in in the near-term. US real rates (nominal less inflation expectations) continue to hold near yearly and multi-decade highs, helping cushion the US Dollar from a steeper fall. 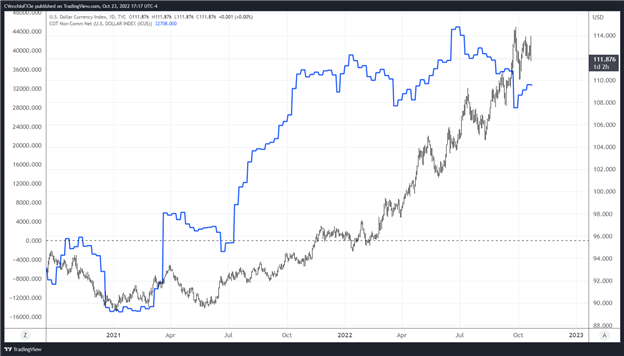 Finally, looking at positioning, according to the CFTC’s COT for the week ended October 18, speculators slightly decreased their net-long US Dollar positions to 32,708 contracts from 32,814 contracts. A lack of change in positioning is not necessarily a surprise, given the sideways trading experienced by the US Dollar after the reporting period ended. Overall, US Dollar positioning remains near its most net-long levels in over five years; the long US Dollar trade is still overcrowded.