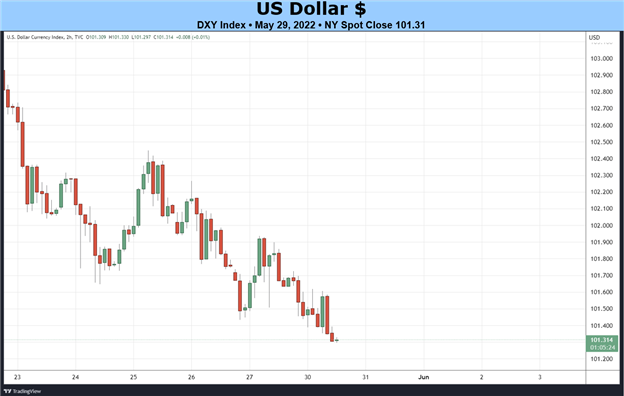 The US Dollar (via the DXY Index) fell for the second consecutive week, dropping by -1.35%, as Fed rate hike odds continued to pullback. Coupled with chatter from other major central banks that faster rate hike cycles will emerge elsewhere, and a rebound in risk appetite, the US Dollar has some seen its competitive edge erode. EUR/USD rates added +1.66% while GBP/USD rates gained +1.07%. The decline in US Treasury yields weighed on USD/JPY rates, which slipped by -0.63%.

A Full US Economic Calendar

The turn of the calendar to a new month will bring about the typical flurry of significant data releases over the coming days. Several speeches by Federal Reserve policymakers will also prove influential for markets, given how Fed rate hike expectations have receded recently. 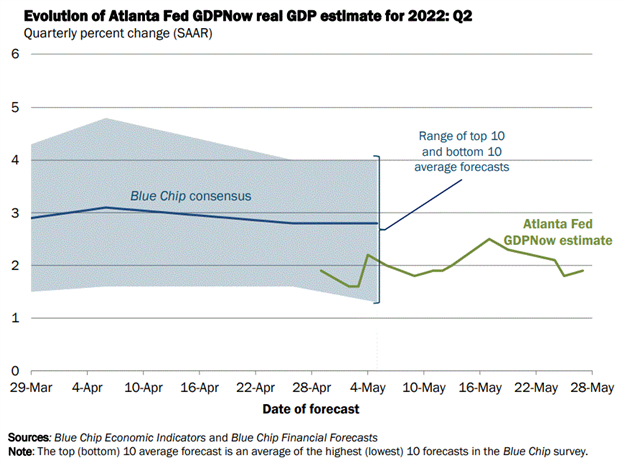 We can measure whether a Fed rate hike is being priced-in using Eurodollar contracts by examining the difference in borrowing costs for commercial banks over a specific time horizon in the future. Chart 1 below showcases the difference in borrowing costs – the spread – for the May 2022 and December 2023 contracts, in order to gauge where interest rates are headed by December 2023. 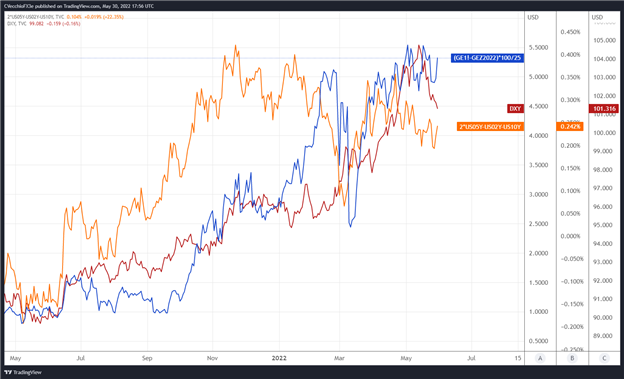 There are currently five 25-bps rate hikes discounted through the end of 2022; no rate hikes are priced-in for 2023. The 2s5s10s butterfly has narrowed in recent weeks, suggesting that the market interpretation of the near-term path of Fed rate hikes has become less hawkish. 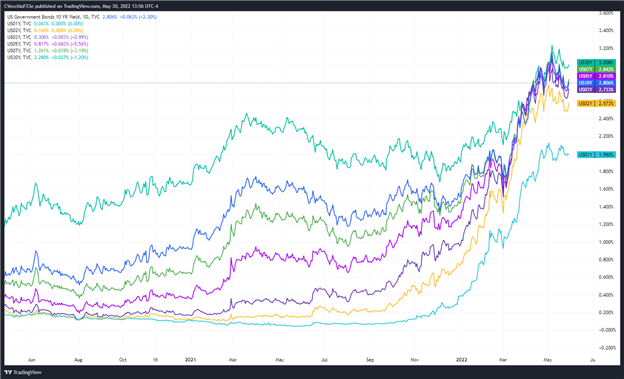 The shape of the US Treasury yield curve coupled with declining Fed rate hike odds is acting as a headwind for the US Dollar. While the rebound in US real rates (nominal less inflation expectations) has not abated, other major currencies are seeing their own real rates rise, narrowing the gap that the US Dollar built up over the past few months, eroding the US Dollar’s relative advantage.

While markets are expecting the Fed to raise rates in 50-bps increments in each of the next few meetings, the chasm between expectations among the Fed, European Central Bank, and other central banks is shrinking. 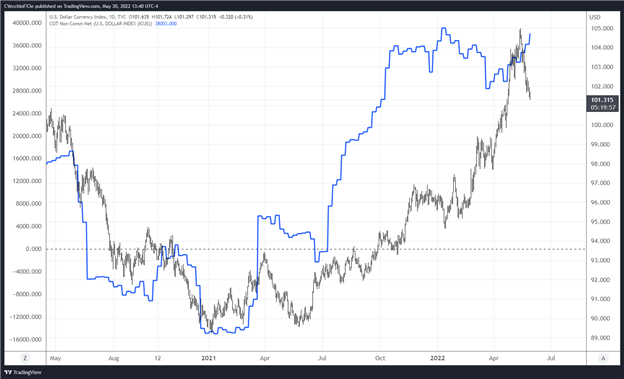