Weekly Fundamental US Dollar Forecast: Will Inflation Propel US Dollar after the Strong July NFP? 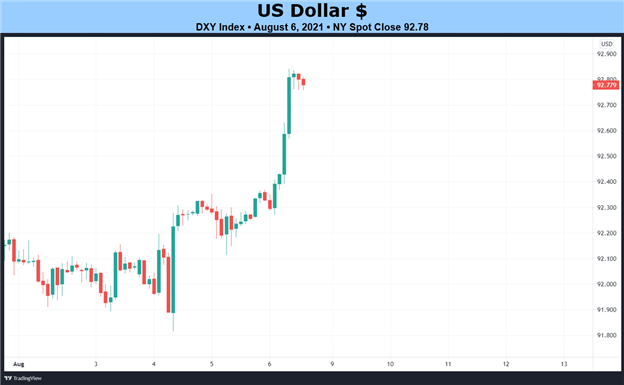 US Dollar Back Up

The US Dollar (via the DXY Index) rallied after the July US nonfarm payrolls report on the back of elevated US Treasury yields and a jump in Fed rate hike odds. EUR/USD rates depreciated by -0.92% while USD/JPY rates added +0.47%. Even GBP/USD rates, which have been resilient of late, eased back by -0.28%. The question heading into the next week is simple: will the July US inflation report (CPI) help bolster the US Dollar’s rally?

US Economic Calendar Quiet then Loud

The progression towards the middle part of August will see a meaningful docket of event risk based out of the US. But the calendar is backloaded: neither Monday nor Tuesday will bring forth any truly important data releases; while Wednesday through Friday will contain all of the event risk. 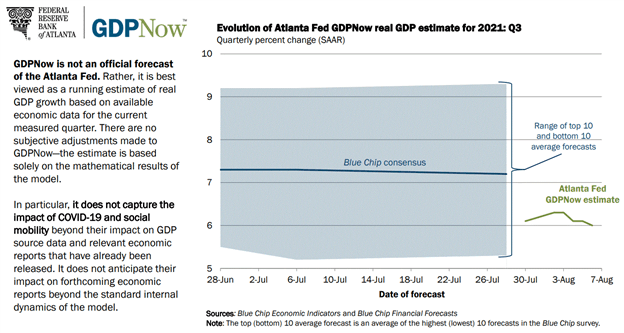 The next update to the 3Q’21 Atlanta Fed GDPNow growth forecast is due on Tuesday, August 17. 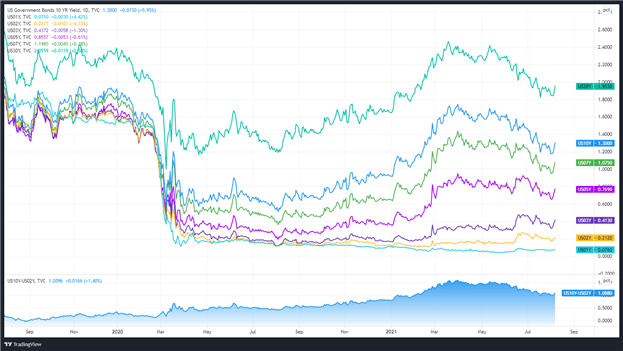 Historically speaking, the combined impact of rising US Treasury yields alongside elevated Fed rate hike odds has produced a more favorable trading environment for the US Dollar.

Fed Still in the Spotlight

On the heels of back-to-back strong US labor market reports, the July US inflation report intensifies focus on the Federal Reserve’s narrative that price pressures are “largely transitory.” Another hot inflation report is expected, and rates markets are starting to move in a manner suggesting that a more hawkish Fed could on the horizon; however, any upcoming change in policy will be limited to tapering asset purchases.

We can measure whether a Fed rate hike is being priced-in using Eurodollar contracts by examining the difference in borrowing costs for commercial banks over a specific time horizon in the future. Chart 1 below showcases the difference in borrowing costs – the spread – for the August 2021 and December 2023 contracts, in order to gauge where interest rates are headed in the interim period between August 2021 and December 2023. 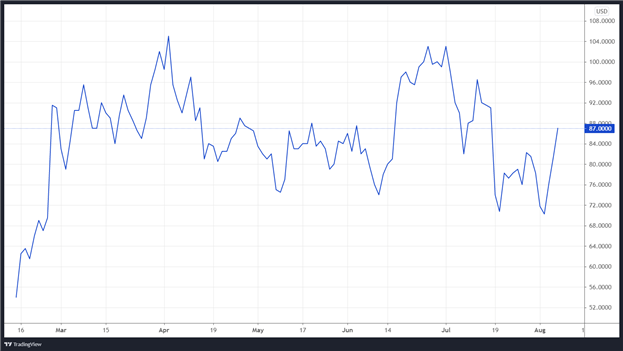 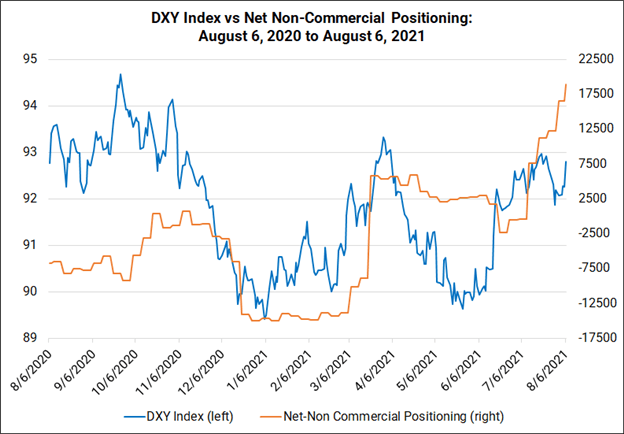 Finally, looking at positioning, according to the CFTC’s COT for the week ended August 3, speculators increased their net-long US Dollar positions to 18,880 contracts from 16,561 contracts. Net-long US Dollar positioning is now at its highest level since the second week of March 2020 (the apex of coronavirus pandemic concerns in financial markets).