Dollar Stares Over the Technical Precipice - Will Fundamentals Shove or Save?

The US Dollar was staring down the barrel of a more prolific bearish trend heading into the close of 2020. Fundamentally, the slide in prominence for the Greenback reflects upon uneven growth and stimulus efforts, years of building isolationism and many investors around the world casting aside havens as even mere hedges were deemed to be too much of a burden on returns. In this shift, the very role of the most liquid currency in the financial system is at risk of further systemic alteration. Yet, that slide in international prominence would depend in part on steadfast themes carrying over from 2020 into 2021.

There is reason to believe, however, that many of these currents are likely to change - even if temporarily - with significant risk that the alterations begin in the first quarter. From a bigger picture perspective, one of the most important fundamental considerations for the USD's performance heading into the new year is whether its drive is more principally a relative fundamental shift or reversion to a more primal function. In other words, are the prospects for competitive economic activity and a higher rate of return the guiding light for the USD? Or, perhaps, a systemic collapse in sentiment is due to resuscitate the currency's safe haven appeal? The potential is palpable and yet highly variable for the open of the new year.

Should risk trends continue to point higher or otherwise maintain an inconsistent path into the coming months, the Greenback's outlook will more likely draw from its relative potential. That can prove either a comparable boon or burden for the currency, depending on how the standardized data performs. While actual economic data like the 4Q GDP and monthly PMIs (a timely proxy for official growth figures) will represent important milestones, the medium-term forecast could matter far more than immediate statistics. That is because there are critical interim developments that can drastically alter the United States' course. Following the FDA's approval of the first Covid-19 vaccine from Pfizer on December 11th, the arduous process of restoring the US economy to a state of normality began. The effort will take months, but markets are forward-looking in nature. The question is whether the perceived timetable for a return to tempo for the US keeps apace of its major counterparts. 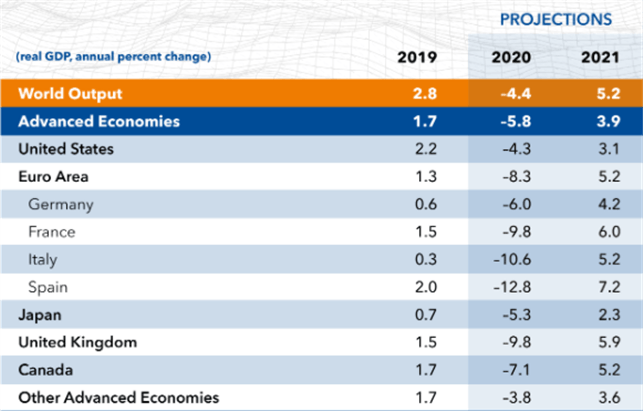 Reconnecting the US to the Rest of the World

If the United States once again positions itself as the epicentre for global trade and economic activity, it can at least slow the relentless drive to diversify away from the Dollar’s singular influence. That said, I do not believe it would totally forestall the shift. The Greenback's ubiquity as the principal reserve and unit of exchange confer critical benefits upon the currency should global risk trends improve and lift this leading component or collapse and enforce the safe haven role. Another consideration in this central perspective is major counterparts' efforts to safeguard their own financial and economic health. Policymakers in most of the major economies whose currencies stand as principal counterparts to the Dollar have remarked over the second half of 2020 that their currencies' strength was excessive and unjustified. The inference is that their currency should be weaker and the Dollar stronger. For those that think this is just the lament of emerging markets or the likes of the Japanese Yen, I will remind that the ECB connected a massive stimulus influx to keeping EURUSD below 1.1400 back in spring 2014. They were successful... Stability in the Financial System and the Need for Liquidity

Perhaps the most influential yet unpredictable aspect to the Dollar's performance moving forward is the state of global risk trends. All of the preceding analysis is predicated on the basis that sentiment is at least steady if not continuously improving. If, on the other hand, speculative appetite collapses, the Greenback's role will change dramatically. Though the marginal standings of the currency and its economy have slid over time with circumstance and policy, it still represents the most heavily utilized reserve by central banks and major market participants around the world. When financial concern turns into outright fear over the safety of funds, demand for liquidity becomes the singular drive.

Chart of Risk Spectrum for Assets

Download the US Dollar Guide and read the Full Fundamental and Technical analysis for the currency when the updates go live on our Free Trading Guides Page Monday!

Recommended by John Kicklighter
Build your trading confidence heading into 2021!
Get My Guide