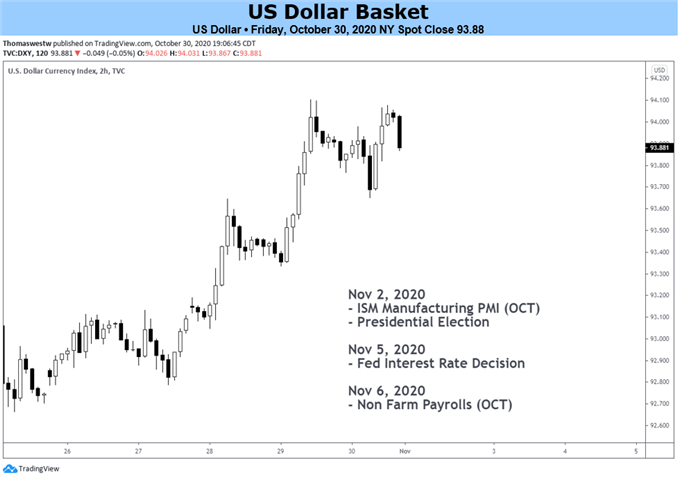 The run-in to the US presidential election on November 3 will likely stoke volatility up until the point that a winner is announced, with the build-up of uncertainty probably intensifying haven inflows and in turn buoying the anti-risk US Dollar in the interim.

Although Democratic nominee Joe Biden is holding a significant lead over President Donald Trump in the national polls, the spread has notably narrowed in recent days with the rate of change favoring the Republican incumbent.

That being said, the former Vice President looks to be in a much stronger position than Democratic challenger Hillary Clinton was in 2016 and is leading in key swing states such as Florida, Pennsylvania, Michigan, Wisconsin and Arizona. 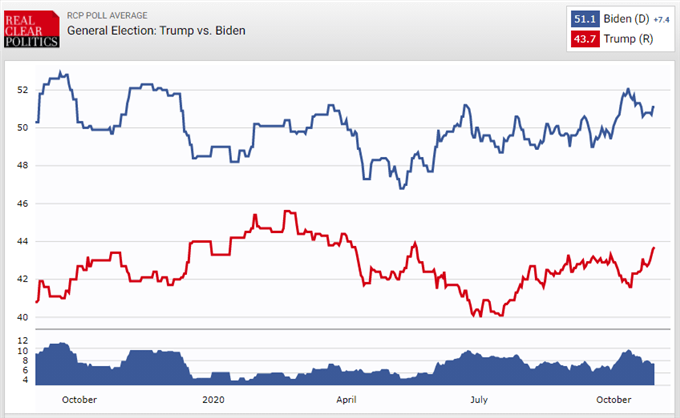 Moreover, the recent correction seen in US benchmark equity indices could be reflective of a market pricing in a Biden presidency, given the historical relationship seen between the performance of the S&P 500 in the three months preceding the election and the ultimate winner of the White House.

In the 8 times that stock returns were negative three months before the election, the incumbent party lost 88.89% of the time, while the President remained in office in 84.62% of the 13 occurrences when average returns were positive.

As it stands, the S&P 500 and Dow Jones Industrial Average are signaling a possible change in leadership come November 3, as both benchmark indices break below where they opened on August 3 – exactly three months prior to the election. 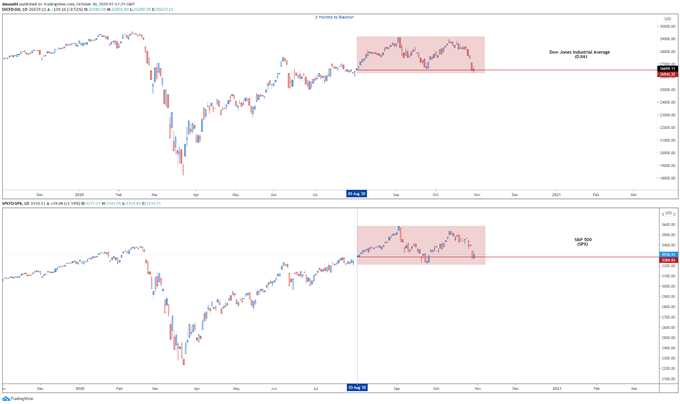 The muted reaction in bond markets also appears to suggest that investors are warming to a potential ‘Blue Wave’ scenario – where Democrats control the White House, Senate and the House – as US 10-year Treasury yields hold relatively steady despite a significant correction in US equity markets.

In fact, 10-year yields have risen as much as 22 basis points in October while the S&P 500 index is currently down roughly 3.5%.

This steepening of the yield curve could be indicative of a market pricing in additional fiscal stimulus, which is expected to be much greater in magnitude should a ‘Blue Wave’ eventuate and is probably the more bearish scenario for the US Dollar over the longer term.

Nevertheless, with the race for the White House likely to be a lot closer than the polls indicate, and flashbacks to 2016 unnerving market participants, the haven-associated Greenback may continue to move higher against its risk-sensitive counterparts until a winner is eventually announced. 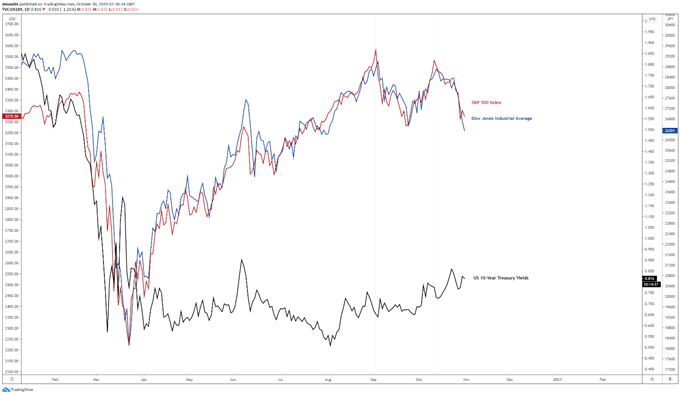 Deteriorating health outcomes across Europe and the US may also buoy the haven-linked Greenback, as several nations tighten restrictions in the wake of a record surge in coronavirus cases.

The European Union’s two largest economies, France and Germany, have announced nationwide lockdowns scheduled to last for at least a month, while Italy has introduced its strictest restrictive measures since emerging from a national lockdown in May.

In the US the rate of daily infections is rising in 47 states, with Director of the National Institute of Allergy and Infections Diseases warning that “if things do not change, if they continue on the course we’re on, there’s going to be a whole lot of pain in this country with regard to additional cases and hospitalizations, and deaths”.

Dr Fauci added that “this is going to get worse because we’re going more into a colder season as we get through the fall and into winter with the holiday season” and has called for the implementation of “aggressive mitigation” measures in order to control both “the silent, asymptomatic spread and symptomatic spread”.

However, it seems relatively unlikely that the necessary measures health experts are calling for will be implemented in the near term, given the current administration’s frequent dismissals of the effectiveness of mask-wearing.

Therefore, the concerning rise in covid-19 infections may continue to gnaw at investors’ sentiment and in turn underpin the anti-risk US Dollar.

As mentioned in previous reports, the breakdown in bipartisan negotiations is likely to concern several members of the Federal Reserve, with Chairman Jerome Powell warning that the absence of “an additional pandemic-related fiscal package” could see growth “decelerate at a faster-than-expected pace in the further quarter” and governor Lael Brainard stating that “apart from the course of the virus itself, the most significant downside risk to my outlook would be the failure of additional fiscal support to materialize”.

However, it’s yet to be seen if these development will cause the Fed to adjust its monetary policy settings in the interim, with former New York Fed President William Dudley suggesting that “the real question is how much of an impact would it actually have on that economy and we figure at this point not very much, because the Fed’s already accomplished most of what monetary policy can do to support the economy”.

To that end, the Federal Reserve’s retention of its current monetary policy settings would probably intensify haven inflows and put a premium on the liquidity-rich US Dollar. 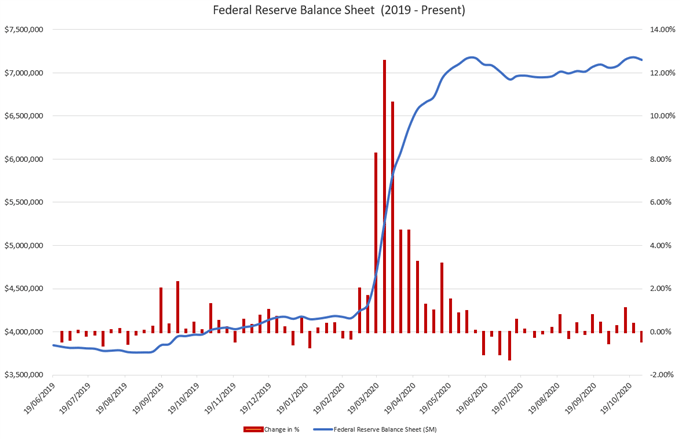