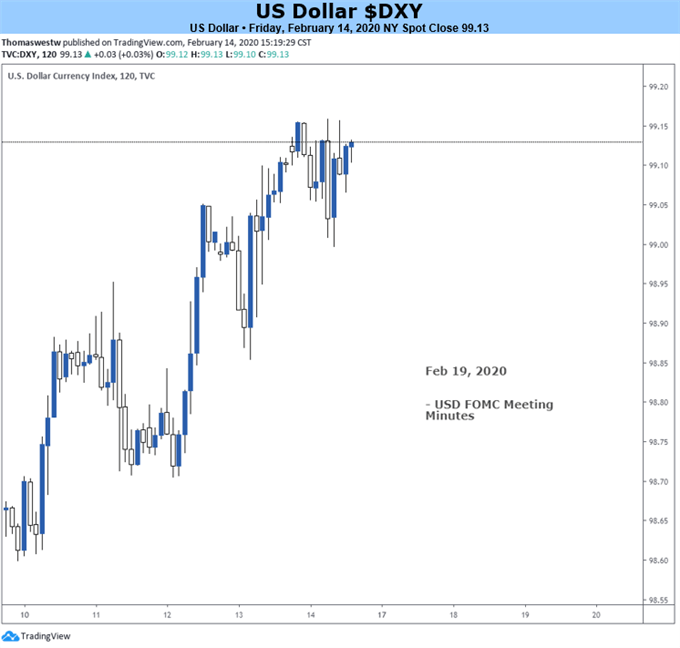 US DOLLAR OUTLOOK BULLISH AHEAD OF FOMC MINUTES

The US Dollar may rise on the FOMC minutes if the underlying tone of the text echoes the same message Fed Chairman Jerome Powell broadcasted at last week’s congressional testimonies. But he is not alone in his optimistic outlook. Presidentof the Federal Reserve Bank of New York John Williams said the baseline outlook is “pretty darn good” as economic data continues to outperform relative to economists’ expectations.

On Thursday, the Federal Reserve Bank of New York announced that it will scale down its liquidity injections as part of a broader effort to shrink the size of its repurchase agreements. While the Fed attempts to wean markets off large-scale repo operations, it may cause interest rates to spike again as they did in September and send an anti-risk chill through the market. In this environment, the US Dollar may again rise on haven demand.

USD MAY GAIN ON NON-MANUFACTURING PMI

The US Dollar may also rise if non-manufacturing PMI data reinforces the Fed’s message that the current economic environment does not warrant a downside adjustment in interest rates. Mr. Powell reiterated this narrative at last week’s congressional testimonies and cited the prior week’s stellar nonfarm-payrolls data. The US Dollar’s rise may also be amplified by liquidity demand amid fundamental uncertainties.

GREENBACK MAY GAIN ON CORONAVIRUS FEARS

Last week, the US Dollar rose against commodity currencies like the Australian and New Zealand Dollars after fear about the spread and impact of the coronavirus catalyzed a selloff in growth-oriented assets. As it stands, there are over 60,300 confirmed cases with approximately 1,300 deaths. Looking ahead, if gloomy statistics continue to show ever-worrying prints, the US Dollar may rise against sentiment-sensitive currencies. 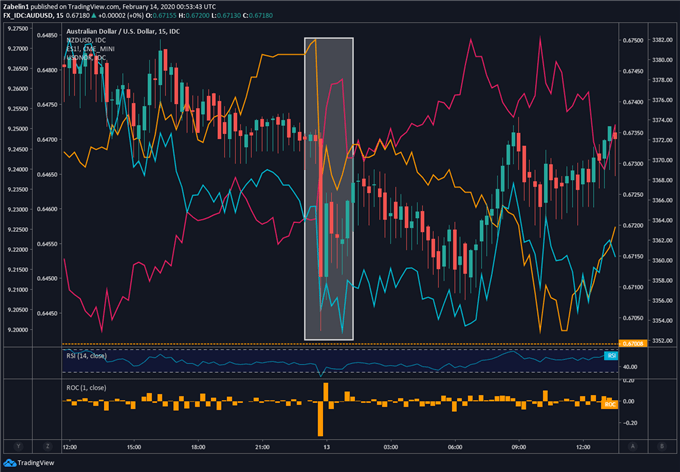 US DOLLAR MAY RISE ON HAVEN DEMAND FROM IRAN ELECTION RESULTS

Demand for liquidity – where the US Dollar reigns supreme – may also be amplified by the results of the Iran election. The voters from the moderate faction of Iranian President Hassan Rouhani’s party are expected to lose to a more conservative and hardliner base whose ideological predilections more closely mirror the Guardian Council – Iran’s constitutionally mandated 12-member legislative body.

Supporters of Mr. Rouhani have grown frustrated by Iran’s crippling economic conditions and high tension with the US after the President attempted to govern from a moderate platform. Now, these disillusioned voters will likely all stay home due to their political exhaustion with the current government. Consequently, with fewer moderate voters, it is likely hardliners will fill up the 290 seats in Iran’s parliament.

In this scenario, markets may be put on the defensive if they believe a legislature filled with more hardliners could increase the prospect of more tension between the US and Iran. However, the Senate recently passed a bill to measure US President Donald Trump’s policy towards Iran. If this passes, it could reduce the possibility of war and alleviate the demand for haven-linked assets like the US Dollar.