Weekly US Dollar Forecast: Calendar Winds Down into Year-End 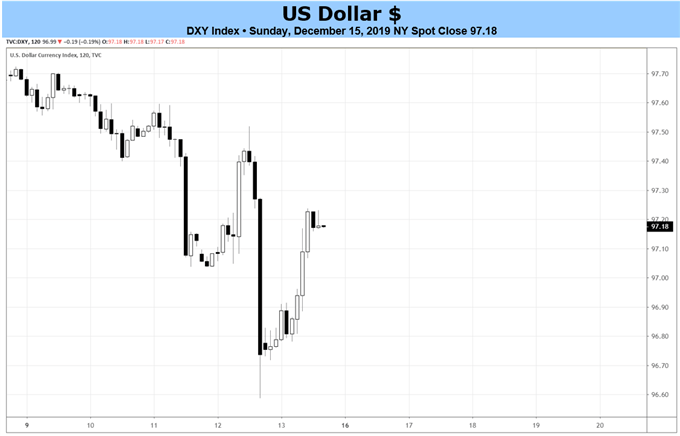 The US Dollar had a rough week, losing ground against six of its seven major counterparts. With the UK general election yielding a resounding majority for UK Prime Minister Boris Johnson, GBP/USD rates climbed by a significant 1.45%. The European currencies in total performed well, with USD/CHF dropping by -0.68% and EUR/USD rallying by 0.55%. Amid a rise in global equity markets, the Japanese Yen was jettisoned in favor of higher yielding currencies; USD/JPY was the lone USD-pair in positive territory, adding 0.73%.

US Economic Calendar Thin in Last Full Week of the Year

It’s the final full week of the year (and the decade): next week will be split in two due to Christmas; the following week will be partitioned thanks to New Years. With federal reporting agencies entering this vacation period, data releases over the coming weeks will be thin at best.

This coming week, there are only two ‘high’ rated US economic releases worth paying attention to, both set to be released on Friday, December 20: the final Q3’19 US GDP report (due in at 2.1% annualized) and the November US PCE Core (the Fed’s preferred gauge of inflation is due in at 1.5% y/y). Neither should move the needle all that much in terms of price action. 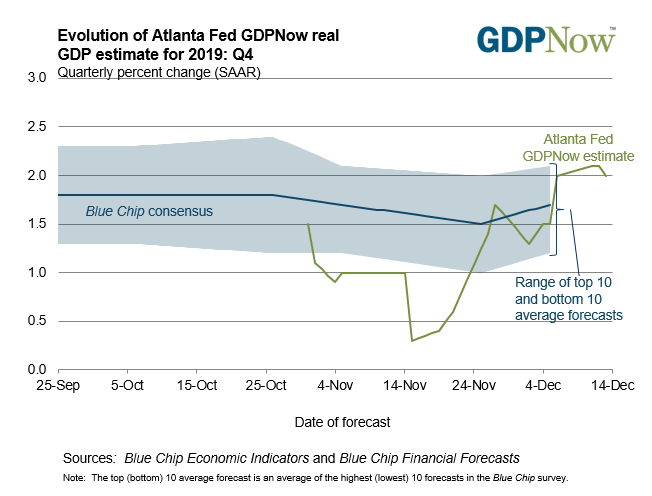 Based on the data received thus far about Q4’19, the Atlanta Fed GDPNow forecast is looking for growth at 2.0% annualized. Q4’19 US GDP expectations have ranged between 0.3-2.0% since tracking began at the end of October. The next update to the Q4’19 forecast will be released on Tuesday, December 17 following the November US housing starts and industrial production data.

The Phase 1 deal of the US-China trade war is complete. What’s in the exact deal remains largely unknown; targets for Chinese purchases of US agricultural products simply don’t make sense mathematically, nor should they be perceived as a victory. Nevertheless, as the US-China trade war albatross is slowly removed from the market’s collective neck, there’s been less of an impetus for the Federal Reserve to aggressively cut interest rates.

Federal Reserve on Hold for a While

Rates markets have evolved in a manner that should be theoretically supportive of a stronger US Dollar: interest rate cut expectations have plummeted as the US-China trade war phase 1 deal came into focus. Yet Fed Chair Jerome Powell made clear that the Fed was very much in a wait-and-see mode. 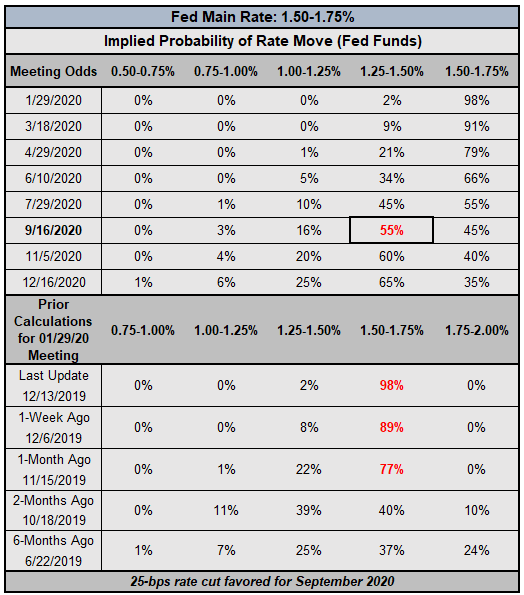 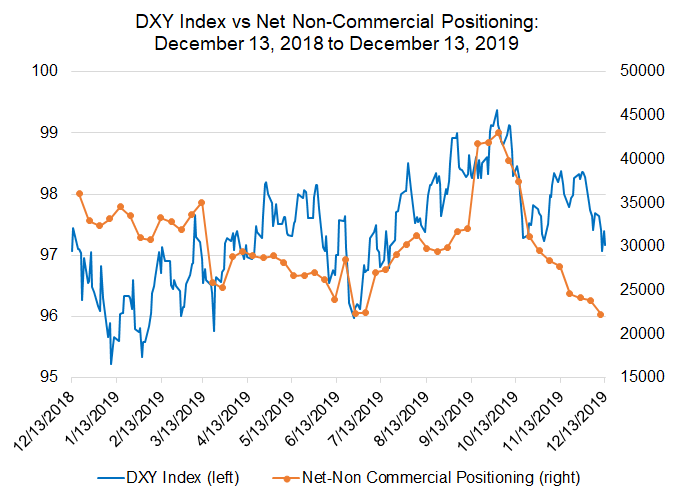 Finally, looking at positioning, according to the CFTC’s COT for the week ended December 10, speculators decreased their net-long US Dollar positions to 22.3K contracts, down from the 23.9K net-long contracts held in the week prior. Net-long US Dollar positioning has dropped meaningfully in recent weeks, down by 48% since the 43K contracts held during the week ended October 1; during this time, the DXY Index fell by -2.25%.