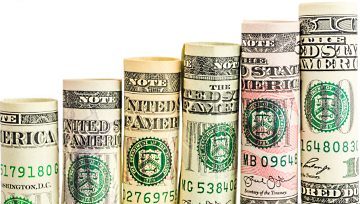 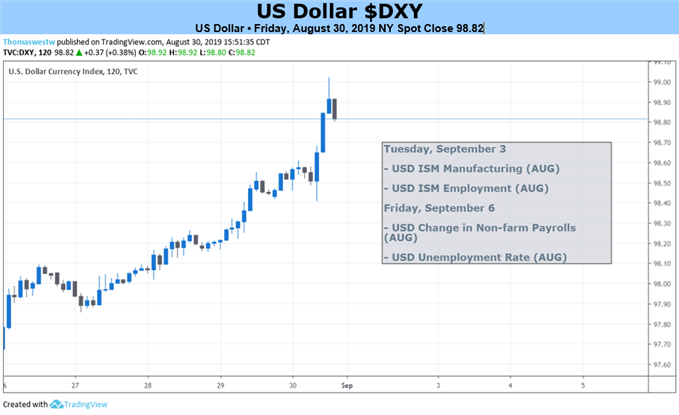 The US Dollar may rise if demand for liquidity and haven assets increases against the backdrop of growing recessionary fears and sporadic developments in the US-China trade war. Next week, Washington is set to officially implement the latest round of Chinese tariffs, further undermining the prospect of reconciliation. The US Dollar may also rise if comments from Fed officials cool increasingly-aggressive rate cut expectations.

Despite Washington’s move to impose more tariffs, Beijing will not respond with retaliations yet with officials urging “calm” negotiations in order to avoid escalation. A meeting between Chinese and US officials may take place in September, assuming they are not derailed by a hostile tweet from President Donald Trump. But even a meaningful breakthrough in US-China trade relations will not likely put the economy back on track.

Next week, markets may find themselves oscillating between commentary from Fed officials Charles Evans and Eric Rosengren. Near the end of July, Mr. Evans signaled he was in favor of more easing, saying “that inflation alone would call for more accommodation than we put in place with just our last meeting”. He also cited the ongoing US-Sino trade war as a downside pressure on inflation and downside risk for businesses.

On the other hand, Mr. Rosengren has expressed concern about the prospect of easing too much too fast, citing the risk that it may indirectly contribute to a debt build-up. While he acknowledged that prevailing economic conditions are weakening, he said he wanted “evidence that we are actually going into something that’s more of a slowdown”. He was one of two dissenters when the Fed slashed interest rates by 25 bps at July meeting.

Looking ahead, perhaps if ongoing US-China trade relations further deteriorate and hamper cross-border investment and business expansion Mr. Rosengren will tilt more dovish. But even then, expectations of more easing may not necessarily undermine the US Dollar. If conditions continue to worsen and demand for liquidity increases, the inflow of capital may overwhelm the downside pressure of Fed rate cut expectations. 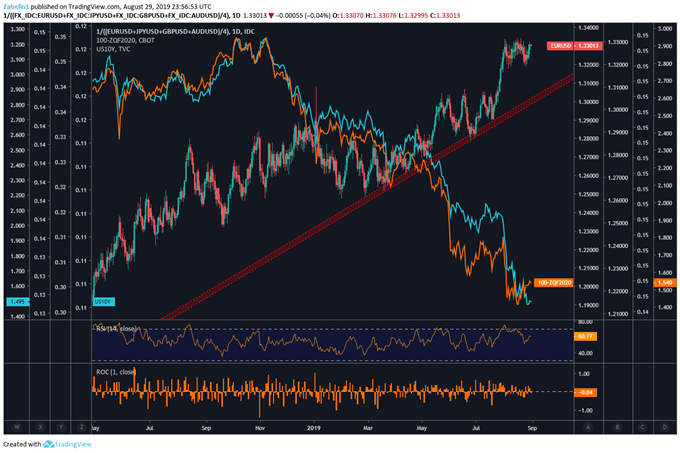