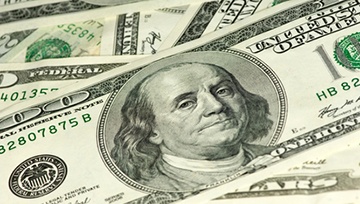 US Dollar Soars to 3-Month High. Will the Fed Affirm the Rally? 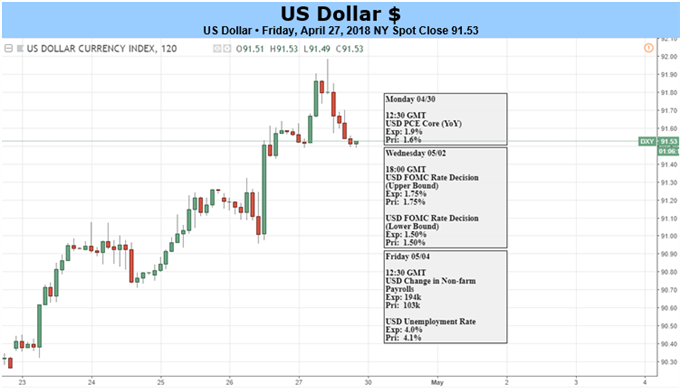 Swelling Fed rate hike bets continued to push the US Dollar higher last week, with a better-than-expected first-quarter GDP print capping a push to the highest level in over three months. The report put annualized growth at 2.3 percent, down from the fourth quarter’s 2.9 percent but markedly better than the 2 percent expected by a consensus of economists.

The week ahead will bring plenty of heavy-duty scheduled event risk to keep speculation churning. The policy announcement from the rate-setting FOMC committee takes top billing. Markets price in the probability of a rate hike at over 34 percent, an unusually hawkish posture considering the US central bank has been careful to wait for big-splash quarterly meetings to make any adjustments in its posture.

That traders assign a meaningful (if worse than even) probability that tightening will continue despite the absence of a formal forecast update and a presser with Chair Powell is significant. It seems to speak to investors’ confidence in the Fed’s hawkish intentions after years of second-guessing them. This probably means that hawkish rhetoric will be taken at face value. It also opens the door to disappointment.

Setting aside the obviously bullish implications of a hike for the US Dollar to focus on the likelier scenario of standstill, this puts tremendous emphasis on the policy statement. The greenback may revel in a confident tone that boosts the probability of a fourth rate hike this year – now priced at 50 percent – and steepens the projected 2019-20 tightening path. A repeat of familiar cautious rhetoric may prove decidedly painful however.

Elsewhere on the docket, the Fed’s favored PCE inflation gauge is expected to put core price growth at the coveted target rate of 2 percent on-year. Good news is also expected from April’s labor-market data. A pickup in hiring is expected to bring an increase of 185k jobs while the unemployment rate drops to 4 percent, the lowest in nearly two decades.