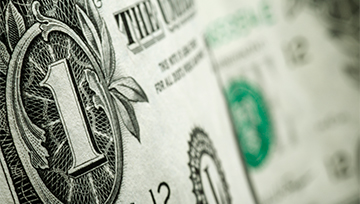 US Dollar Facing a Barrage of Economic, Political Event Risk

The US Dollar suffered the largest drop in nearly two months last week as 2018 Fed rate hike expectations cooled. The Republican-led effort to pass tax cut legislation made no significant headway while minutes from November’s FOMC meeting hinted that policymakers might be more worried about lackluster price growth than they let on previously.

The week ahead brings top-tier economic statistics back into the equation. A revised set of third-quarter GDP figures, the Fed’s favored PCE inflation gauge, and the ISM manufacturing survey are all due to cross the wires. Broadly speaking, US data outcomes have increasingly outperformed relative to forecasts since mid-year, hinting that analysts’ overly pessimistic models may mean more upside surprises.

A packed Fed-speak schedule will also engage speculative interest. Fed Chair Yellen is due to testify in Congress and eight members of the rate-setting committee are slated to speak, with some set to opine more than once. That ought to help establish a broad framework for the kind of rate hike path that might correspond to a lasting slowdown in price growth or a failure to deliver on fiscal stimulus.

As it stands, markets have already priced in one hike for next year and seem to be flirting with the possibility of a second. The Fed predicted three in its latest forecast update. That baseline disconnect means investors might be taking the central bank’s recently more cautious posture as more dovish than it really is in practice. If this comes through in their remarks while data flow is reasonably stable, the greenback may bounce.

Politics will also remain an important consideration. Special Counsel Robert Mueller seems to be probing deeper into President Trump’s inner circle as he investigates Russian interference in last year’s election. Meanwhile, the Senate and House of Representatives seem to be no closer to a reconcilable plan for tax reform that is able to pass a vote in both chambers. All that endangers fiscal stimulus prospects.

It is hard to say if traders still hold out some hope for a round of tax cuts before year-end. Their willingness to give the administration and its allies in Congress the benefit of doubt so far may mean that even modest progress may be cheered. It may also be that disappointment has lost its sting after a year without legislative progress. If either premise holds, this too may open the door for the US unit to recover.