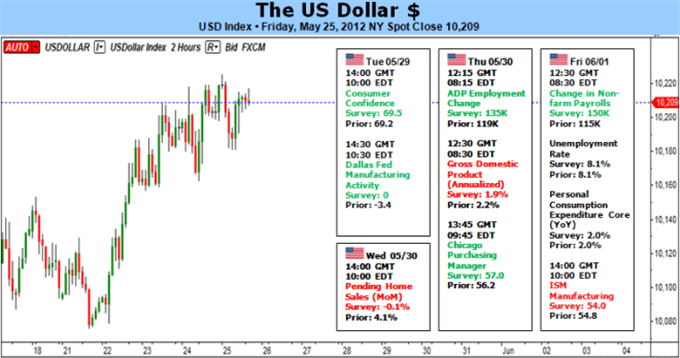 US Dollar Can’t Keep Its Drive Alive Without Fear

US Dollar Can’t Keep Its Drive Alive Without Fear

If all that was necessary in developing a new trend was securing a meaningful breakout – say clearing the range high that had held the dollar back on multiple occasions over 16-months – then the greenback would be clear for takeoff. However, to drive a currency with negative real rates consistently higher, there is a far greater need for fundamentals to keep the currency bid against the natural current of risk and reward. While the prospect of higher rates in the US in the near future would be ideal for providing the dollar sustained lift (just look at what rate expectations have done for the Aussie dollar these past years), the Fed has assured us that will not be happening any time soon. So, once again, to drive the dollar higher, we need to cater to its safe haven status. That could be an issue, however, as the chill of global financial fear has notably thawed recently. Can the dollar keep its head above water; and if so, what will catalyze it forward?

For thrust, the best fuel for the world’s primary reserve currency is a swell behind one of the global systems most prevalent and pressing global risks. At the top of the list is the Euro Zone financial crisis. It is easy for investors to draw connections between this situation and the financial disaster in 2008. As of this moment, the situation is largely contained to the Euro-area’s markets, but the world’s exposure and financial lines to the largest collective economy guarantees the transmission risk is high. That said, the markets have acclimated to the extent of the foreseeable crisis. We have seen many times in the past where periods without active deterioration in the financial backdrop have afforded bouts of recovery for the euro (the dollar’s primary counterpart) and risk appetite.

There will no doubt be plenty of headline space over the coming week dedicated to the outcome of Greece’s political situation (as its exit would present a dramatic change in the currency and system’s makeup) as well as the quickly deteriorating health of the Spanish banking system. Between the two, the market has had less time to adjust for the latter and the producing distinct economic impact rather than feeding fear of repercussions later.

To leverage the dollar’s ‘liquidity-level’ safe haven value, we need to see a tangible deterioration in the Euro-region’s financial stability. To really amplify the risk behind this most prominent threat to global credit markets, the spread of the fallout would be a guaranteed and lasting greenback driver. The likelihood that the situation could break down so rapidly is low, but fear and withdrawn credit lines are proven effective communicators of crises.

Stateside, there is still room to raise the threat level in the capital markets as well. Despite dubious forecasts for domestic and foreign employment, wages, manufacturing, investment, trade, etc; there is still a solid forecast for US growth. Should the world’s largest economy succumb to pessimistic projections, it could prove a backdraft for fear that lifts the hesitation in the S&P 500’s reversal. That said, there is a fine balance to panic in these markets. If it hits excessive levels, policy officials are highly likely to douse the fire.

As we look to gauge whether the level of fear in the markets is great enough to support the dollar, there are a few factors to follow. A very prominent compliment / catalyst for the dollar recently has been the level of volatility behind the market. As the level of activity picks up, traditional the fear of losses rises alongside – hence the relationship. The other ‘tell’ is correlations. When fear or greed is the primary drive behind capital markets, shades of grey turn black and white between investments. – JK