Elon Musk and Bitcoin - The Biggest Break Up Since Kim and Kanye?

News that the high-profile couple’s relationship may be souring sent markets spinning lower today after a cryptic tweet from Elon Musk suggested that his relationship with Bitcoin (BTC) may be in trouble. While high profile break-ups are nothing new, Elon Musk’s tweet with a Bitcoin sign and a broken heart next to it prompted the media to speculate that the famous couple’s recent, closely followed, liaison may be over. As always in a break-up, there is collateral damage and the markets took the news badly, with most coins and tokens registering losses between 5% and 10%. 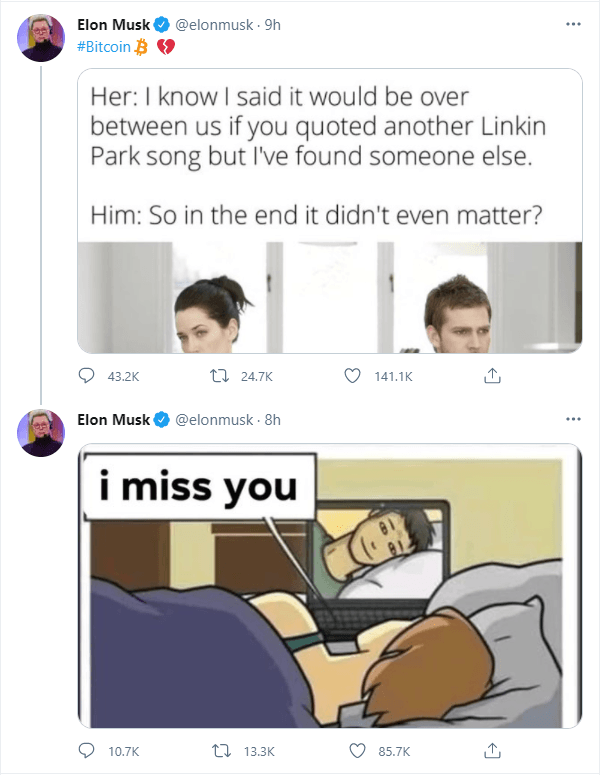 All may not be lost for Bitcoin - and its followers - as it appears there is a new suitor in town, someone with recent history with the cryptocurrency. Justin Sun, the founder of the cryptocurrency platform Tron, tweeted shortly after to his 2.8 million followers, that he would buy all of Elon Musk’s Bitcoin.

During the mid-May cryptocurrency meltdown, Justin Sun sent out two tweets saying that he had bought 4145 Bitcoin at an average price of $36,868 ($152.8 million) along with 54,153 Ethereum at an average price of $2,509 ($135.9 million), adding that he would not sell them. It remains to be seen if Sun’s high-profile interest, and diamond hands, are enough to help Bitcoin get through these tricky times.

Today’s sentiment driven sell-off is beginning to find some support with Bitcoin (BTCUSD) trading just below $37,000. Last Sunday’s low at $33,400 needs to hold otherwise the May 19 low at $30,00 may be re-tested, although there looks to be reasonable strength between here and $28,00. The 20-day simple moving average crossed below the longer-dated 200-dsma this week, adding downward pressure on BTC, while volatility has fallen this week, although it remains elevated around $3,900.

As always, the cryptocurrency market remains vulnerable to sharp moves over the weekend, and with this breakup being played out in the public eye, both Elon Musk’s and Justin Sun’s tweets should be followed closely for the next chapter of this saga. 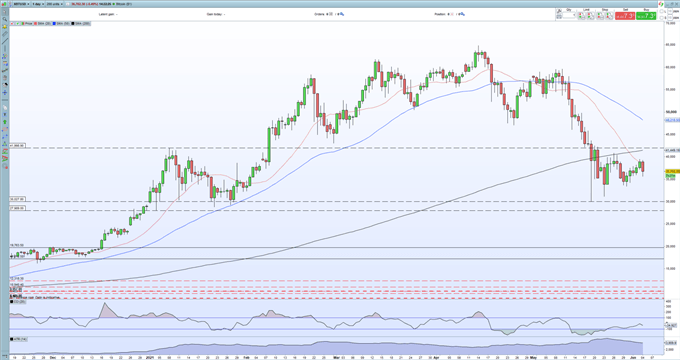 What are your views on Bitcoin – bullish or bearish?? You can let us know via the form at the end of this piece or you can contact the author via Twitter @nickcawley1.