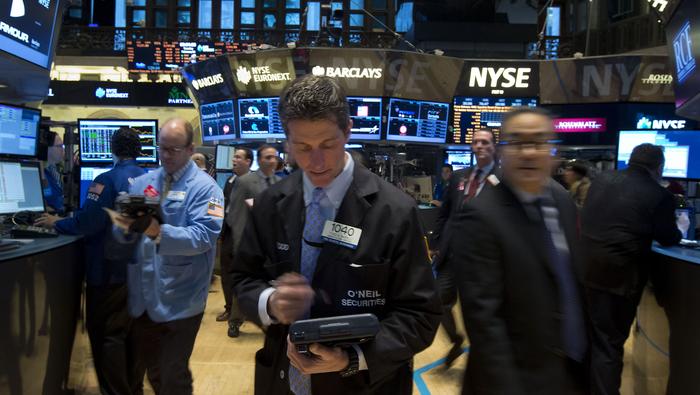 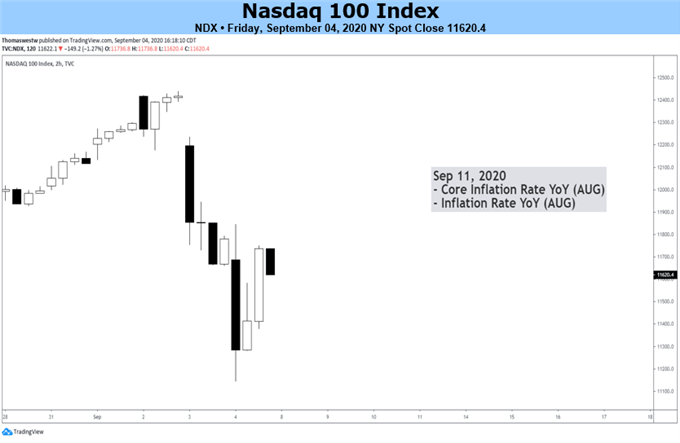 The Nasdaq 100 suffered a substantial pullback last week after leading technology stocks like Apple, Tesla, Nvidia and Salesforce broke down. After months of remarkable gains, many analysts had voiced concerns over the current valuations of some tech companies and last week saw the Nasdaq feel the effects of such apprehension. That said, little has changed from a fundamental standpoint since early last week and economic data actually came in above expectations.

With that in mind, many traders have blamed profit-taking for the losses experienced on Thursday and Friday while others applauded the imminent demise of overvalued tech stocks. Either way, non-farm payrolls impressed alongside services PMI, both of which are hard data figures that can feed into the fundamental conversation. In terms of concrete changes to the technology space, few have occurred other than negative price moves. Thus, bears might have to display further conviction before the entire market is convinced.

Consequently, it may be too soon to suggest a steep stock market crash, particularly when taking seasonality into consideration. As August concluded, we covered the seasonal trends typically experienced in September,highlighting a general rise in volatility and a modest decline in equity markets in past years. Thus, recent price action is somewhat unsurprising – although the pace and abruptness with which it occurred may be more concerning.

Recommended by Peter Hanks
What Do Other Traders' Buy/Sell Bets Say About Price Trends?
Register for webinar
Join now
Webinar has ended

Suffice it to say, US equity markets will continue to take their cues from the Nasdaq 100 in the week ahead. The S&P 500 and the Dow Jones boast lower exposure to the technology sector, so if steep losses continue in the tech industry, expect declines in the Nasdaq 100 to outpace that of the Dow Jones and S&P 500. Regardless, little has changed fundamentally in the market so I am hesitant to suggest Armageddon.

While the US grapples with floundering technology stocks, the Euro Area will have to negotiate looming growth data and an ECB rate decision. After initially wresting control of the virus following the initial outbreak, some pockets of Europe have begun to see a rise in cases once more. Should the rise be reflected in upcoming Euro Area growth data due to lockdowns, the DAX 30 and CAC 40 could falter slightly as investors reassess the outlook for the region.

Similarly, European indices could experience turbulence should ECB officials lament recovery prospects without a simultaneous increase in stimulus or accommodation. Either way, a lot of uncertainty surrounds the DAX 30 and CAC 40 headed into next week. That being said, notable event risk and heightened volatility could deliver the spark required to liberate the two indices from their recent trading ranges.

The Nikkei 225 may have to deal with political turmoil of its own in the weeks ahead as the nation searches for a successor to Prime Minister Shinzo Abe. While analysts seem to suspect Abe’s righthand man, Yoshihide Suga, as the most likely choice, traders should keep an eye on sudden shifts as they could spur volatility.

In the terms of scheduled event risk, Nikkei 225 traders will be offered data on growth rates and household spending. All in all, the Nikkei appears to be in a relatively stable position compared to the US – an unlikely boon from missing out on the explosive growth of tech stocks. Nevertheless, the Nasdaq 100 remains at the forefront of equity sentiment, so gains will be hard to establish without participation from some of Wall Street’s favorite names. In the meantime, follow @PeterHanksFX on Twitter for updates and analysis.