Stocks suffered another string of declines last week as coronavirus fears continue to pressure risk assets despite significant central bank intervention. Given the historic price action and volatility markets are currently experiencing, equity volatility may continue in the weeks ahead.With that in mind, the Dow Jones, S&P 500 and Nasdaq will look to ride risk sentiment and react to further central bank intervention should it materialize.

To be sure, the Fed’s emergency rate cut last week was met with mixed emotions. While some analysts were calmed by the central bank’s proactivity, others suspected the unexpected cut was an indication that Fed officials knew something the rest of the market did not. As a result, stocks closed lower on the day as investors grappled with the possibility of a deeper drawdown than previously expected. 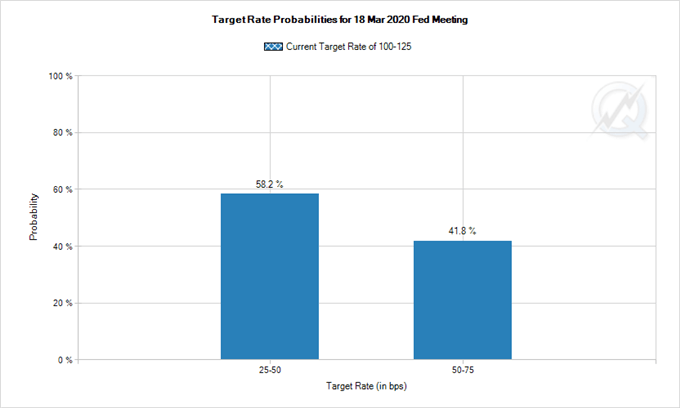 With that in mind, the reaction to further central bank intervention will be key, and the market is already pricing in another 50bps rate cut at the March 18 meeting. In the meantime, the Dow Jones will look to monetary policy changes from other central banks and upcoming economic data as it awaits the Fed. Similarly, positive developments in China could begin to improve sentiment as the country looks to return to work following the initial outbreak and quarantine. Meanwhile, follow @PeterHanksFX on Twitter for updates and insights.

Recommended by Peter Hanks
What Do Other Traders' Buy/Sell Bets Say About Price Trends?
Register for webinar
Join now
Webinar has ended

The DAX 30 may act similarly in the week ahead as it awaits clarification from the European Central Bank which is scheduled to offer a rate announcement on Thursday. Critically, the ECB has fewer monetary policy avenues at its disposal than the Federal Reserve given the bank’s lower interest rate. Therefore, policy will likely be limited to liquidity injections or fiscal reform.

Either way, the DAX will look for some form of support as several European economies run the risk of recession amid the coronavirus outbreak. Should the ECB act and European equities react negatively, it may suggest further volatility is ahead as traders speculate the worst is not yet over. Consequently, directional biases are incredibly difficult to evidence at this point, resulting in a neutral – but likely volatile – outlook for the week ahead. 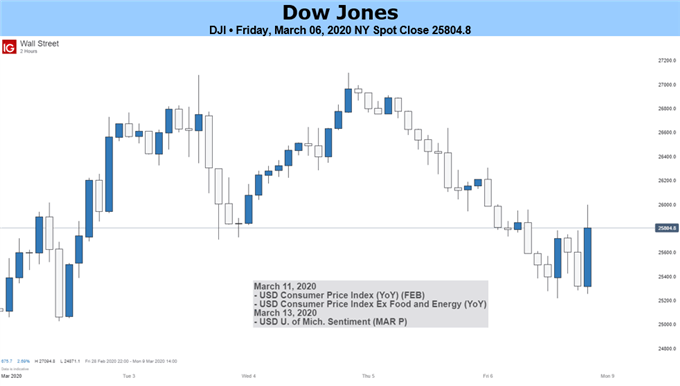