There was an inordinate amount of volatility in major capital, FX and risk markets this past week owing to critical fundamental events. The FOMC’s steadfast outlook proved the least influential of the major events while the UK election and a breakthrough in the US-China trade war stirred persistent fundamental themes.

Recommended by James Stanley
Trading Forex News: The Strategy
Get My Guide

Looking ahead to next week, there will be a combination of new event risk to evaluate and an assumption that the breakthroughs of this past week should carry over critical conviction to fuel the fires of the market’s most oppressive themes. While the subsequent wave of scheduled event risk is certainly important, there may be greater potential to move the markets through continuation– or lack thereof – on this past week’s top themes.

With the US and China trumpeting progress on their trade negotiations and the uncertainty over the UK’s divorce from the European Union diminished by a Conservative Party swell in the former’s election, it would seem a significant throttle to global risk trends has been lifted – and just in time for the seasonal year-end climb. If the existing ingredients of dogged speculative appetite and seasonal expectations fail to oxidize with these catalysts, worry may start to arise in this risk-stretched environment.

Top event risk in this last full week of trade of the year includes an overview of global growth through flash PMIs for December, a few important monetary policy updates (Bank of England and Bank of Japan) and a run of important sentiment surveys.

The UK population voted the Conservative government back in with a strong majority, giving PM Johnson the backing to push Brexit through. And Sterling (GBP) likes it.

Aussie pared a portion of the weekly advance on Friday as price rally stalled at fresh four-month highs. Here are the levels that matter on the AUD/USD weekly chart.

Stocks enjoyed a broad removal of risk last week as the US and China seemingly reached a phase one trade deal while the UK general election saw conservatives gain an outright majority. What’s next?

Markets are trying to maintain a bullish tilt as a new week rolls around, a look ahead at the charts of the Dow, DAX, and FTSE.

The price of oil preserves the advance following the OPEC meeting as the US and China, the two largest consumers of crude, reach a trade deal.

Gold prices went on a wild ride this week, holding on to a net gain as the period finished. The longer-term bullish pattern remains in-tact. 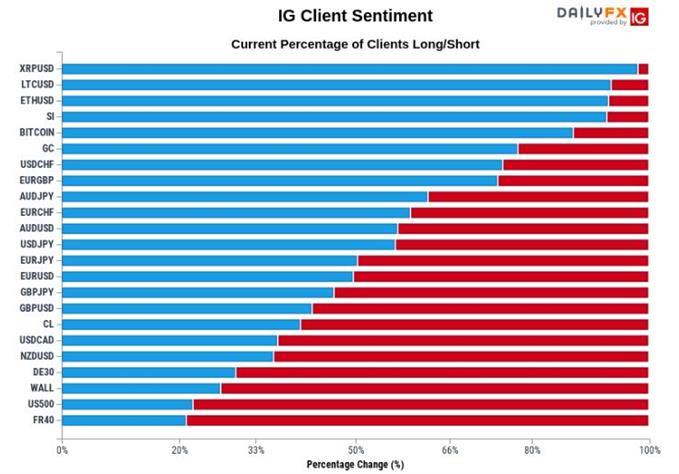