The Dow Jones experienced considerable volatility last week as trade war headlines, Brexit-related deadlines and monetary policy came to a head. Eventually, a widespread removal of risk saw the Dow Jones close higher for the week – despite Friday’s tumultuous session. Nevertheless, statements from both President Trump and various Chinese officials revealed an apparent phase one US-China trade deal on Friday, a prospect that was hinted at throughout the week and responsible for much of the gains.

While the trade deal is a welcome development for many traders, some harbor doubt. Under the reported terms, the United States has agreed to roll back tariffs on China in phases while cancelling the prospective December 15 duties on consumer goods. In return, China has supposedly agreed to increase agricultural purchases, allow greater access to their financial services sector and expand intellectual property protection – yet nobody has seen the deal in writing, and it is rumored neither side has actually signed a document affirming the details. 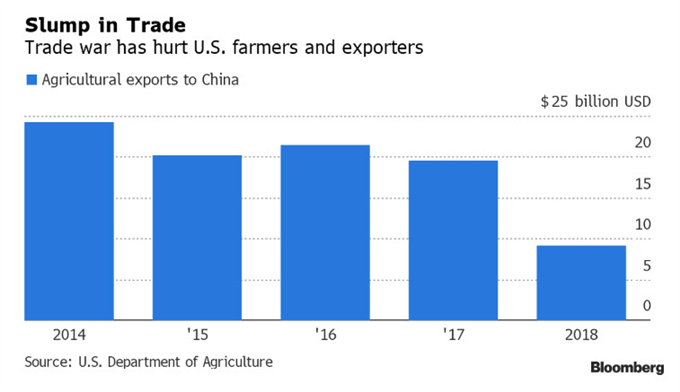 Further still, the released terms are largely devoid of trackable metrics. Exceedingly vague language was used by Chinese officials in their press conference, where they declined to comment on specific figures. Consequently, Wall Street expressed apprehension on Friday as the shocking lack of detail became apparent. To be sure, the “trade deal” has had positive impact on the Dow Jones and stock sentiment in the short term, but further clarity may be required to solidify recent gains and see them translate into longer-term growth.

Thus, it would be prudent to monitor risk exposure during this time as the two sides attempt to put pen to paper, because as it stands, an agreement where neither party has revealed specifics and nobody has actually signed, amounts to very little. With that in mind, it looks as though trade headlines will continue to arrest control of the Dow Jones heading into the holidays as traders await the next steps.

In the meantime, the DAX 30 may look to capitalize on a relatively stable backdrop and a dovish European Central Bank. Alongside the Dow Jones, the DAX 30 enjoyed a boost from the possible trade deal while also receiving clarity on the Brexit situation with the conservative party winning an outright majority in the December 12 general election. Coupled with Christine Lagarde at the head of the European Central Bank, where she alluded to fiscal stimulus, the DAX 30 could employ newfound stability and growth prospects as an excuse to continue higher.

Taking stock of the fundamental backdrop, the DAX 30 may be slated for a period of outperformance compared to the Dow Jones. With the European Central Bank expressing a willingness to ease further, whereas the Fed is currently on pause, looser monetary policy will look to offer one growth driver. Further, Germany is tied more closely to Brexit than the US while also being less beholden to the US-China trade war. Therefore, the relative certainty on monetary policy and Brexit against the potential unraveling of the trade deal could see the DAX 30 close the gap to the Dow Jones in the coming weeks.

Shifting focus to the FTSE 100, a landslide victory for Prime Minister Boris Johnson’s conservative party saw the British Pound spike in response as the likelihood of the UK leaving the EU rocketed higher. The decisive victory will likely strengthen Mr. Johnson’s hand abroad, at home and in subsequent trade talks. To that end, President Trump took to Twitter early Friday morning promising to move quickly on talks for a new US-UK trade deal. 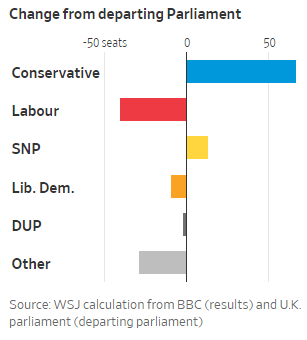 With the January 31, 2020 Brexit deadline fast approaching, it seems as though the UK has finally entered a position where an exit will take place. While trade negotiations will likely drag on for months thereafter, the terms of the initial exit will allow for UK businesses to expend capital against a relatively stable backdrop.

In turn, the FTSE 100 may enjoy a boost akin to the British Pound’s as business spending picks up and trade deals progress. In the meantime, traders should keep an eye on forthcoming details of the UK-EU relationship post-Brexit as they will likely have shorter-term implications for the FTSE 100.