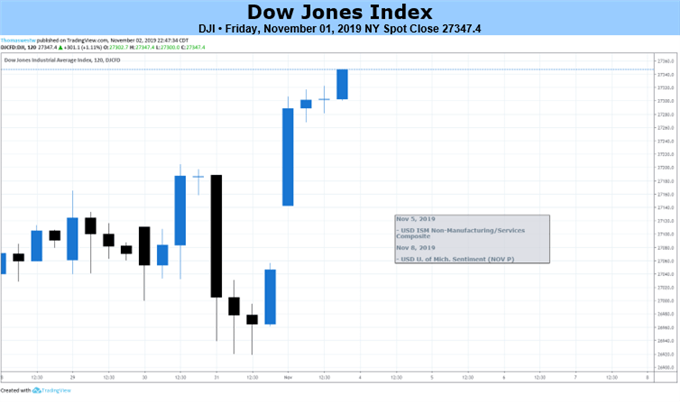 The economic calendar will be relatively light next week with only a handful of notable data points. Following the weaker than expected ISM Manufacturing survey, focus is on the ISM Non-Manufacturing, which has been tracking the manufacturing sector lower in recent months. As such, a miss on expectations may point to greater concerns for the US economy and signal that the Federal Reserves pause in rate cuts may be somewhat premature. 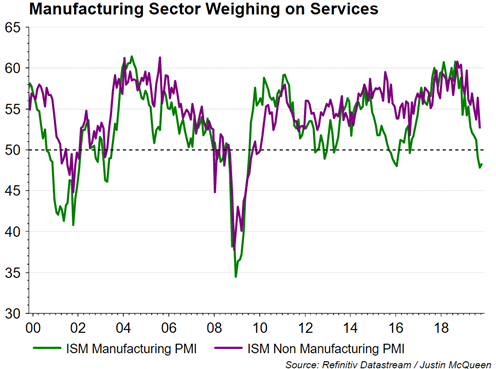 Following the largely weekly gain in 9-months for the FTSE 100, the index has seen a marginal pullback to be among the underperforming indices this week. A slight recovery in the Pound curbed further gains for the index as focus turns towards the UK general election. Majority of opinion polls have shown the conservatives with a commanding lead ahead of the labour party, raising the possibility that Boris Johnson may gain a majority in parliament.However, we are of cognizant of the fact that polling data has been somewhat inaccurate in recent times (2015 and 2017 the most obvious examples) therefore the outcome is uncertain. 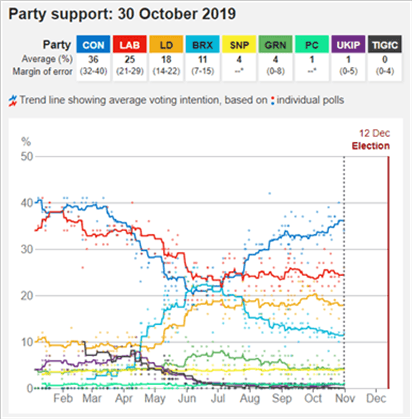 Looking ahead to next week, much of the focus will center around the Bank of England Monetary Policy report, which is likely to see the central bank reiterate a slightly dovish bias amid the ongoing political uncertainty, while there is also a risk of a more explicit dovish signal.