Politics outweighing the economics as equity markets close the week broadly in the red. The concerns surrounding a Trump impeachment has been thrown into the turbulent political mix of Brexit and trade wars. Boris Johnson had been dealt yet another blow to his authority after the Supreme Court ruled that the Prime Minister’s suspension of parliament had been unlawful, while the US are unlikely to extend its waiver allowing US firms to supply China’s Huawei. As such, looking ahead to Q4, lingering concerns are likely to challenge equity markets and in particular US stock markets in retesting its record high. 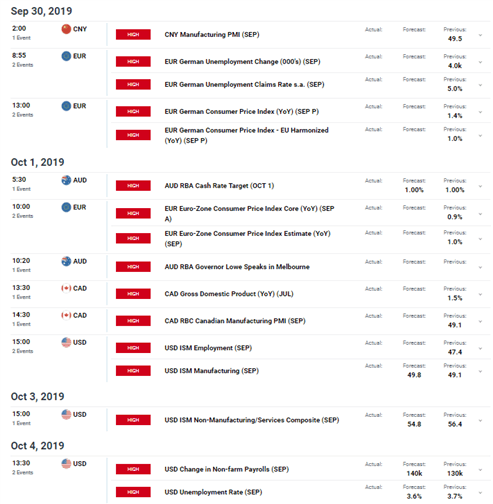 In a week that saw the Pound post its largest fall against the greenback since the beginning of August, UK exporters have been among the notable beneficiaries as the FTSE 100 outperforms its major counterparts. Alongside this, the index had been further underpinned following a shift in rhetoric from one of the more hawkish Bank of England members, Michael Saunders. The rate setter had stated that the central bank may well embark on a rate cut, even if a no-deal Brexit had been avoided, given that high Brexit uncertainties seems likely to continue to depress UK growth. However, while the BoE appears to be providing a clearer dovish message, one could argue that this is simply the Bank of England catching up with market expectations. 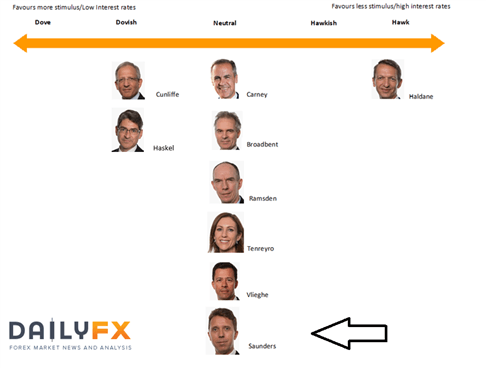 The beginning of the week saw the DAX on the backfoot following a raft of weak PMI figures. Germany’s manufacturing recession has continued to worsen with concerns mounting that the slowdown could become broaderbased as the services sector had also slowed to a 9-month low. Subsequently, this once again adds to the ongoing recession fears within the German economy. 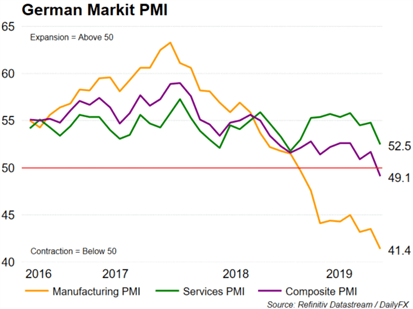 Looking ahead to next week, the Euro Area inflation report will be of interest given the recent slump in headline inflation and inflation expectations, in which the has pulled back from its post ECB spike and now edging towards record lows. 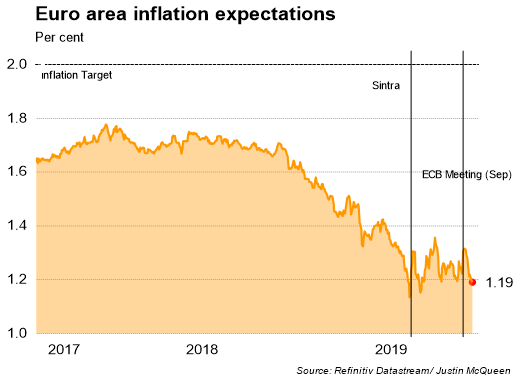