So much for a gentle slide into a quiet end to a tumultuous year. As we head deeper into the month of December, liquidity will continue to drain. However, with such exceptional fundamental risks lurking in the global financial system; volatility remains a constant bedfellow.

Another batch of lackluster U.S. data prints may spur a further depreciation in USD/JPY as it pushes the Fed to adopt a less-hawkish forward-guidance for monetary policy.

Crude may still finish the year in the red, but OPEC helped to stop the bleeding with a production cut agreement that exceeded market expectations.

The Canadian Dollar looks to rebound with major event risk in the rearview mirror and shifting bullish sentiment.

It would be easier to solve a Rubik’s cube wearing a blindfold than it would be to work out the UK’s position on Brexit which seemingly shifts every day. And that is hitting Sterling, making it increasingly difficult to trade with any confidence.

With US equity markets plunging this week, financial news media has been quick to point out movement in the bond market as the key catalyst.

US Dollar Forecast: US Dollar May Rise on Inflation Data, Shaky European Politics

Brexit will be the headline event to watch in the week ahead for equities, but trade wars are ongoing and pose a constant threat. 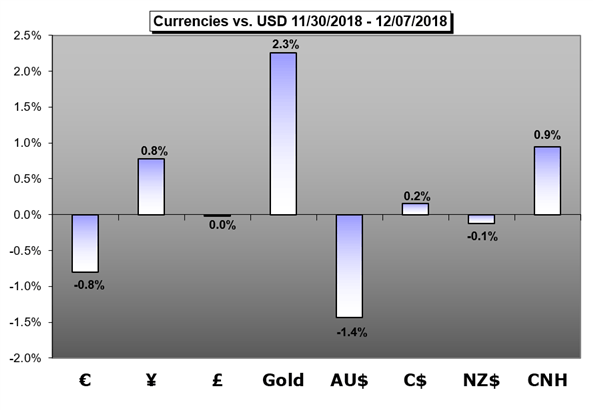