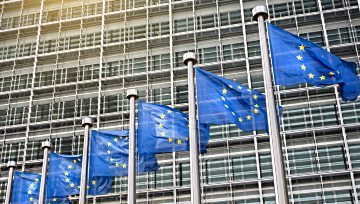 US Dollar: Trade Wars, Fed-Speak Line Up as Upside Catalysts

The US Dollar regained upward momentum last week, as expected. The currency emerged from a week loaded with high profile event risk with the strongest advance since late April. A hawkish monetary policy announcement from the Federal Reserve and a decidedly dovish one from the ECB did most of the work. The latter sank the EUR/USD exchange rate, which echoed as broader strength for the US unit.

Looking at an average performance of the Japanese Yen against its major peers, the currency experienced a volatile week but was on course to finish it mostly little changed. It first fell as optimism ahead of the Trump/Kim summit lifted sentiment. However, it found itself rising in the aftermath of the Fed and ECB rate decisions later on.

Australian Dollar Faces Calmer Week, But That May Not Save It

The Australian Dollar faces a lack of major, first-tier domestic economic data in the coming week and, given that last week’s full calendar saw AUD/USD appreciably lower, it might be reasonable to assume that a sparser calendar might bring some reprieve.

This week, the USD/CNH broke above a long-term downtrend held since the mid of 2017, indicating a reversal in a longer time frame; the Yuan also lost against the EUR, JPY, GBP and CHF. Looking forward, the USD/CNH will likely continue the bullish trend (bearish for the Yuan); volatility in the pair is expected to elevate as the US and China have resumed tariff battles despite of rounds of negotiations.

Gold prices are taking a hit as we move towards the close of this week, currently down -1.89% so far on the day and -2.35% from the high set just ahead of yesterday’s ECB rate decision. While Gold prices held support fairly well through the Fed’s rate hike on Wednesday, the ECB meeting the following morning produced considerable US Dollar strength as the ECB announced stimulus-taper in a very dovish manner.

OPEC’s 174th ordinary meeting is set to take place on June 22nd with the JMMC scheduled to meet the day before, while OPEC/non-OPEC ministers are due to meet on the 23rd. As we head to the meeting, expectations are for a relaxing of the current oil supply quota’s, which has been increasingly suggested by oil kingpins Saudi Arabia and Russia that the supply switch has been turned on.

Last week, the Fed raised rates on Wednesday by the expected 25-bps and indicated another two rate hikes this year, also in line with expectations. Looking ahead to next week, there aren’t any ‘high’ impact data events on the calendar.