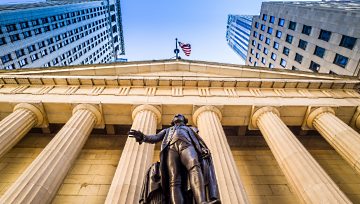 Weekly Trading Forecast: Central Banks Back in the Spotlight

Central banks will command financial markets' attention in the week ahead, with speeches from top officials including Fed Chair Yellen and a wealth of policy-defining data due.

US Dollar Forecast: US Dollar Looks to Yellen Speech to Revive Upward Momentum

The US Dollar may return to the offensive as a marquee speech from Fed Chair Janet Yellen cements December rate hike chances despite recent data missteps.

The economic calendar has been light thus far in October, and for most of the coming week, it will be too. However, traders will be paying attention to the Euro-Zone inflation data on Tuesday before the October ECB rate decision the following week.

British Pound trading was confused and disorderly over the past week and is likely to remain so in the coming week as event risk looms.

Policy remains ultra-loose in Japan, and that’s unlikely to change anytime soon. But – there are other risks to continued Yen weakness, and these are factors that traders will likely want to keep an eye on.

The Australian Dollar got plenty of support last week and, while this week may not see a repeat, it should be able to at least hold up against its US cousin.

The near-term rebound in NZD/USD may unravel next week should New Zealand’s 3Q CPI print encourage the RBNZ to carry the record-low cash rate into 2018.

The Canadian dollar is looking under pressure as US President Donald Trump continues to threaten to pull out of the North American Free Trade Agreement (NAFTA).

The Chinese Yuan may get some support from China’s Q3 GDP; while, to set a large rally, it needs good news from the Party Congress.

In the week ahead, there aren’t very many significant fundamental points of interest which are likely to sway markets, but technically markets, while strong, are at a point where caution is warranted near-term.

Gold has rallied for six consecutive days with the advance taking prices through key technical resistance. Here are the updated targets & invalidation levels that matter.

Crude Oil recovered nicely to end the week and is moving higher in alignment with base metals as global demand appears to be on the rise. 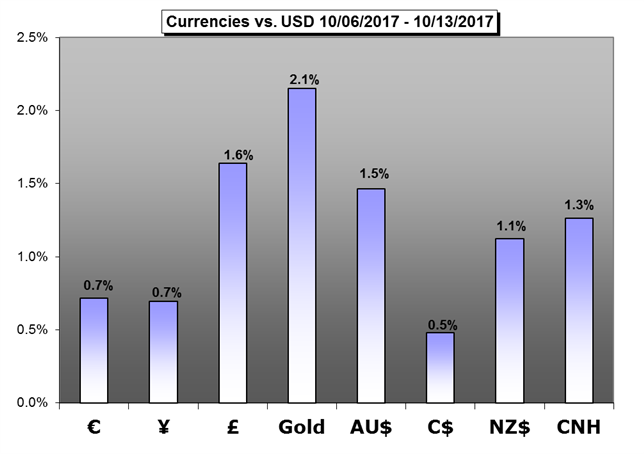