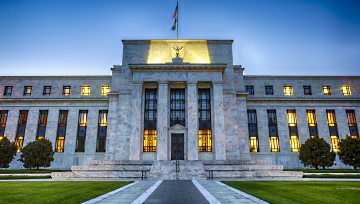 Weekly Trading Forecast: Who Will Follow the Fed’s Hawkish Lead?

The US Dollar may struggle to capitalize on a hawkish Fed as other central banks including the BOE and ECB prepare to following its lead and pull back on stimulus.

US Dollar Forecast: US Dollar Will Try To Build on Post-FOMC Gains. Will It Succeed?

The US Dollar snapped a four-week losing streak and looks likely to attempt a larger recovery following a hawkish FOMC policy meeting. It’s success is far from assured.

Euro Forecast: Euro Left to Whims of Other Major Currencies Until CPI Report on Friday

GBP/USD will likely pause for breath this week after its steady climb throughout the year so far.

Japanese Yen Forecast: The Bank of Japan Adds a New Dove to the Dole – CPI on Deck

The Bank of Japan may be even more dovish now with the addition of a new board member, but threats from North Korea may continue to restrain the runaway Yen-weakness that’s become commonplace in risk-on environments.

The Australian Dollar’s 2017 role in life seems to be to hover around its highs, at least against the US version. There seems little chance of a change this week.

Fresh remarks from the Reserve Bank of New Zealand (RBNZ) may influence the near-term outlook for NZD/USD with Prime Minister Bill English slated to win the election.

Looking ahead to next week markets will try to keep steady footing barring surprises – North Korea, German elections – FTSE rises back into key resistance on May ‘Brexit’ speech.

Gold broke below the monthly opening-range lows this week with prices at risk for further losses near-term. Here are the updated targets & invalidation levels that matter. 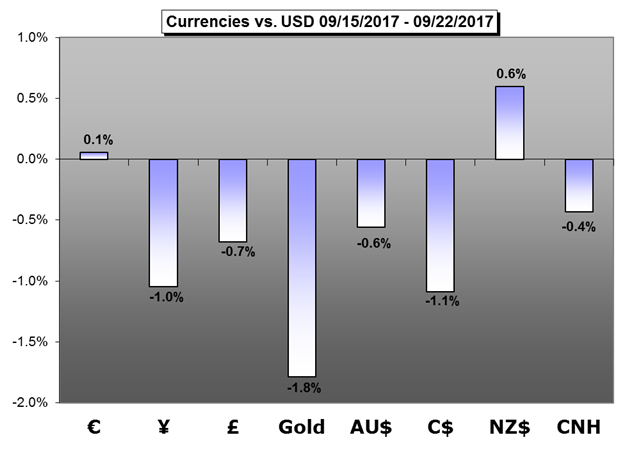