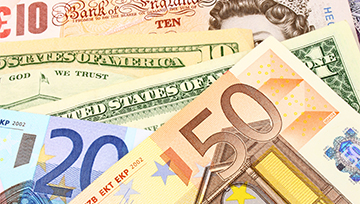 The outcomes of a G7 meeting and a key German state election as well as worries about the direction of US politics are in focus in the week ahead.

The US Dollar proved itself more responsive to negative versus positive news-flow last week. This may translate into losses if market-wide sentiment unravels.

Euro Forecast: ECB, Draghi Attempt to Allay Taper Concerns: But Will it Work?

The Euro has been strengthening throughout 2017 while the European Central Bank has remained rather dovish and passive. This divergence is unlikely to last for long; but in which direction might it resolve?

Risk sentiment may play an increased role in driving USD/JPY price action as the economic docket stands fairly lightly for the week ahead.

Canadian Dollar Forecast: The Selling Pressure is Off For Now

British Pound Forecast: Due For a Deeper Correction Lower

Data on the UK economy released last Thursday were uniformly weak, with industrial production, manufacturing output, trade and construction figures all coming in lower than economists had predicted.

The Australian Dollar may continue to drift lower this week, if only because the market momentum clearly points that way and the scheduled data slate seems too thin to plausibly counteract it.

Gold prices snapped a three week-losing streak with the precious metal rebounding off support late in the week. Here are the updated targets & invalidation levels that matter.

Crude Oil Forecast: OPEC May Be Stuck As Shale Oil Producers Are Too Successful

Crude oil this week has focused on rising US supply and talks of a deeper and longer OPEC cut that some hope will pull Oil higher, but that many doubt its long-term effectiveness.

A light week ahead in terms of event risk, more new highs look likely in the week ahead. 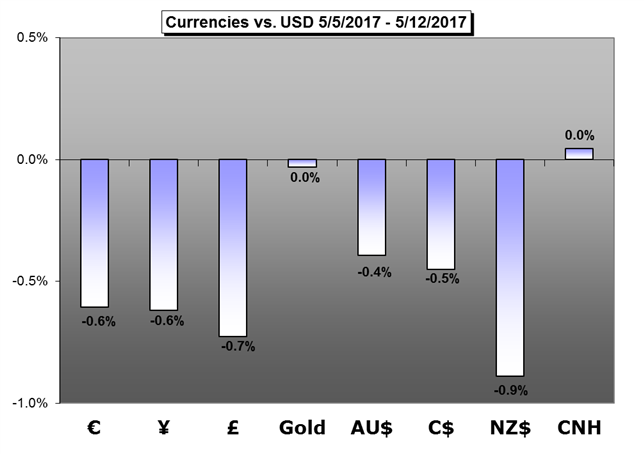