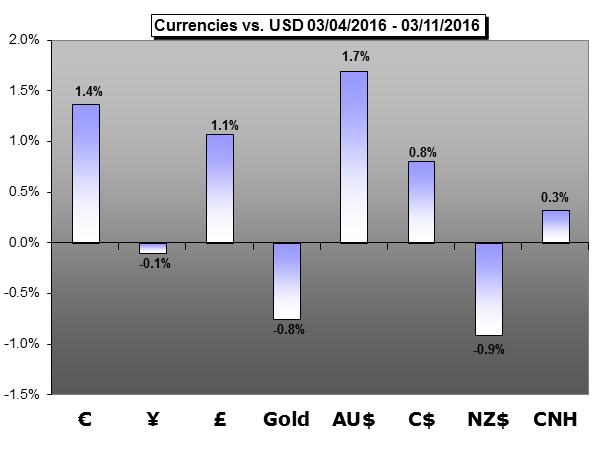 The ECB's extraordinary effort to expand stimulus this past week revealed the monetary policy doesn't exact the 'typical' influence on exchange rates, and speculative appetite isn't so easy to inspire. That is dangerous given the influence of the Fed decision ahead.

What was once a straightforward interpretation of monetary policy’s impact on exchange rates and capital markets is now a source of confusion and abject volatility.

It’s clear that the European Central Bank is less concerned with the Euro exchange rate (broadly speaking) after its latest round of stimulus efforts. Rather, the ECB is hoping that its measures to reduce credit risk will help stimulate lending. Whether or not the measures work is an entirely different story.

The British Pound showed further signs of life as it rallied for a second-consecutive week against major FX counterparts.

The Japanese Yen finished last week lower against the majority of G10 FX as traders react to ECB & anticipate the BoJ & Fed this week.

This week served as the 8th consecutive week of gains in the Canadian Dollar against its US counterpart.

NZD/USDstruggled to hold its ground after the Reserve Bank of New Zealand (RBNZ) unexpectedly reduced the official cash rate by 25bp to 2.25% at the March 10 meeting, and the New Zealand dollar stands at risk of facing further losses over the coming week should the key data prints coming out of the region fuel speculation for additional monetary support.

Both the offshore (CNH) and onshore Yuan (CNY) rates gained against the US Dollar on Friday as China’s Central Bank set the daily reference rate to the highest level this year at 6.4905. The move in Yuan’s daily fixing reflects euro strength and dollar weakness following the ECB’s rate decision and Draghi’s speech.

Gold priceswere traded lower this week with the precious metal off just 0.70% to trade at 1293 ahead of the New York close on Friday.