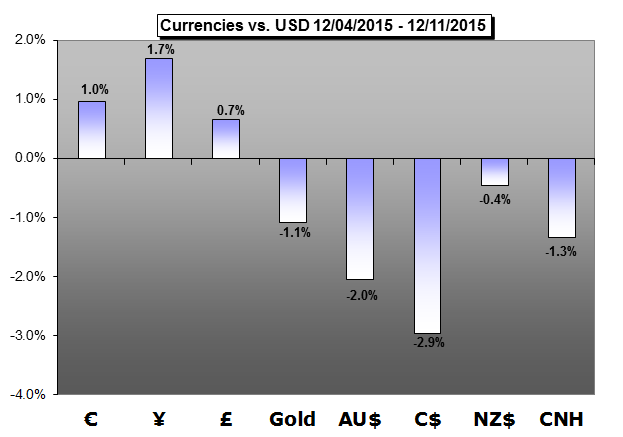 Weekly Trading Forecast: It's Do-or-Die Time for the US Dollar

All eyes turn to a critical US Federal Reserve interest rate announcement this week. Will US interest rates finally achieve 'liftoff', or will the US Dollar see a crash landing?

Higher interest rates tend to support a stronger currency. For the US Dollar, gains after a December Fed rate hike are anything but certain.

Euro Forecast – Europe: There is Nothing Civil about Civil War, in Politics or Economics

So how about that Euro, huh? After last week’s four-handle burst on the back of the ECB disappointment, many traders looked at this as a gift from markets: The potential to short the currency of an economy that’s facing significant headwinds without the ability to form a strong enough coalition to actually try to counter this weakness.

Another big week for the British Pound left the GBP/USD exchange rate at fresh monthly highs, but an even-bigger week ahead warns of major volatility for all US Dollar FX counterparts.

When the Japanese Yen is best performer against the US Dollar over a week and is higher against 31 of its peers over a sixth month span, global markets are typically not ‘Bullish’.

The Australian Dollar may decline if risk aversion breaks out after the Federal Reserve finally delivers its first post-QE interest rate hike at next week’s policy meeting.

In the past week, the Chinese yuan offshore and onshore exchange rates against the US Dollar have had major breakouts. It is heading lower in the coming week.

Gold prices are softer this week with the precious metal down nearly 1% to trade at 1075 ahead of the New York close on Friday.