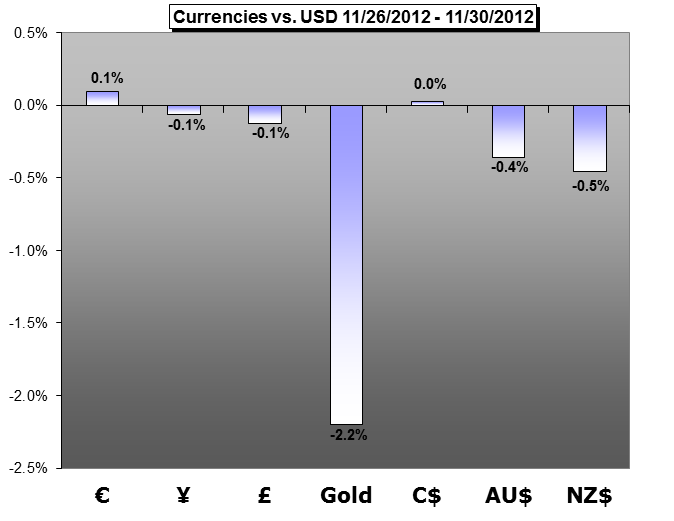 - The ingredients are there for a serious breakout, but there is a critical catalyst that must make an appearance first: volatility. Normally, we would look at the economic docket or event risk that can stir the bigger fundamental themes. However, this time around, our focus must turn to a far more elemental aspect of market activity. Without it, the dollar will remain stationary, risk trends will flounder and volatility will continue to deflate to fresh five year lows.

- The Euro was the top performer the past week despite only a modest performance, gaining +0.11% against the US Dollar, the second best performer, and gaining +0.59% against the Japanese Yen, the worst performer. Overall, the prevailing drivers of price action were only in part out of the Euro-zone, as there was a lot of hoopla surrounding the Greek aid negotiations coming down to the wire (with a deal ultimately prevailing).

British Pound Outlook Propped Up By BoE Policy- 1.6200 Ahead

- The British Pound tagged a fresh monthly high of 1.6061 as a growing number of Bank of England (BoE) officials softened their dovish tone for monetary policy, and the sterling may track higher going into the December 6 interest rate decision as the fundamental outlook for the U.K. improves.

- The week ahead promises greater currency volatility as five major central bank interest rate decisions and US labor data threaten big moves in key pairs, but the biggest Japanese Yen moves may wait until the highly-anticipated Japanese elections due December 16. The issue at hand is simple: the Liberal Democratic Party (LDP) of Japan looks likely to take a majority of seats in the elections, and its leader Shinzo Abe has been quite outspoken in favor of aggressive monetary policy easing from the Bank of Japan.

Australian Dollar, Stocks Link in the Hands of the RBA

- The Australian Dollar looks ahead to volatile week, with major event risk lining up on the domestic and the broader risk-sentiment fronts. The RBA monetary policy announcement stands above the rest however, with the outcome likely to reverberate for the remainder of the week and quite possibly beyond. Rate cut expectations surged last week, with investors now pricing in an 83 percent probability of a 0.25 percent reduction in benchmark borrowing costs.

- With the Fed pledging to maintain its accommodative stance on monetary policy for the foreseeable future, investors are likely to favor gold as a classic hedge against inflationary pressures and with the end of operation twist quickly approaching, the Fed may look to implement other non-standard measures which are unlikely to be sterilized in nature. That said, the Fiscal Cliff threat continues to drive price and could trigger further weakness as prices continue to loosely track equity markets on the downside. If concerns are put to rest before the year's end, bullion should remain well supported as broader commodities advance.

- The Canadian Dollar had a mediocre week, finishing in the middle of the majors covered by DailyFX Research, while slipping by a mere -0.09% against the US Dollar and by -0.20% against the Euro, the top performer. The Loonie was the strongest commodity currency on the other hand, gaining +0.08% against the New Zealand Dollar and by +0.26% against the Australian Dollar. Overall, this was a very interesting week for the Canadian Dollar, with some key data coming in slightly weaker than expected, and some big news at the Bank of Canada. As we wait to see how these events impact the Loonie over the coming months, we must take a “neutral” bias for the coming week.

Just a cursory look at the US Dollar chart and we can feel the pressure building. On an activity basis, the benchmark currency index (ticker = USDollar) is carving out its smallest range (using a two-week ATR reading) in years. In contrast, the fundamental risks are lining up with the Fiscal Cliff rhetoric escalating and Euro-area crisis resolution skepticism reaching new heights.