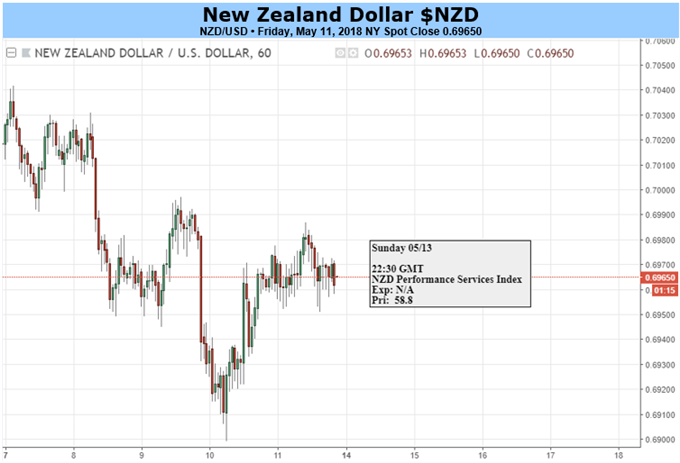 The RBNZ certainly left its mark on the New Zealand Dollar last week as the currency depreciated across the board. In May, the central bank held rates unchanged at 1.75% as expected and decreased near-term hawkish monetary policy expectations. The latter was partially as a result of their forecasts for rates rising and inflation hitting two percent both being pushed further out.

Looking at their summary of economic projections on the chart below, you can see that they don’t see inflation reaching the middle of their target range (1% – 3%) until 2021. However, new Governor Adrian Orr expects CPI to hit 2.0 percent in the fourth quarter of 2020. He added that a rate cut could be a ‘valid’ possibility when he spoke at the Parliament Select Committee. 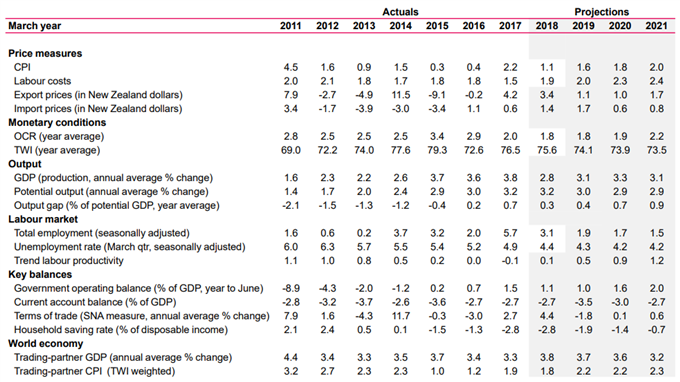 Prior to this announcement, the central bank has shown us time and time again that they are in no rush to raise rates. With the RBNZ now giving an equally balanced view on where their OCR could go, it looks like they have become more neutral relatively speaking. This also brings us to what could be in store for the New Zealand Dollar next week.

Given the RBNZ’s monetary policy stance, it seems that incoming domestic data may not do much to inspire a dramatic change in rate outlook bets. In fact, the key economic calendar for New Zealand is rather lacking in the week ahead. This leaves the potential for the US Dollar to continue capitalizing on its increasing yield advantage over it. Keep an eye out for Fed speak which will be in no short supply looking at the table below. 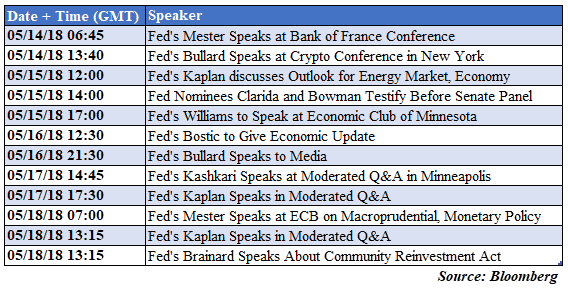 Meanwhile IG client positioning for NZD/USD shows that retail traders are 58.2% net-long with the ratio of traders long to short at 1.39 to 1. However, traders are becoming less net-long compared to the prior week. Thus, recent changes in sentiment do warn that NZD/USD may soon reverse higher. 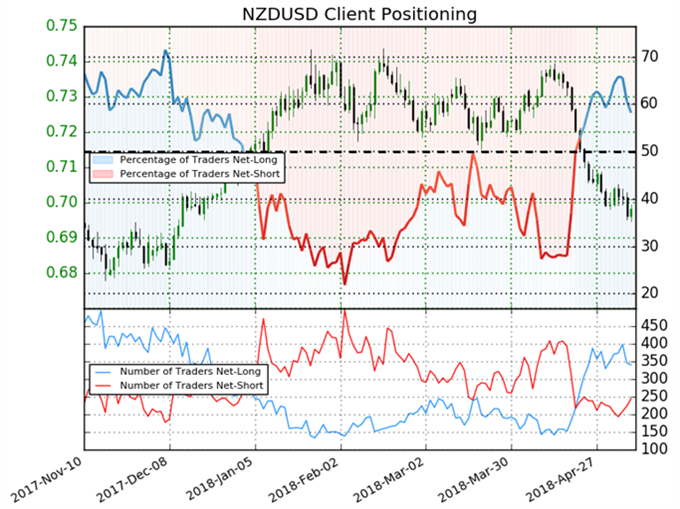 With that in mind, the outlook for the New Zealand Dollar will have to be neutral. Keep in mind that NDZ/USD has been in an aggressive downtrend since mid-April. This opens the door for some profit taking which could momentarily keep prices higher.