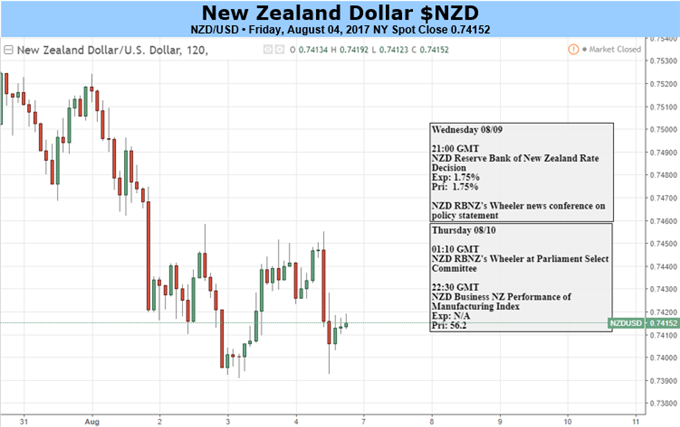 NZD/USD may exhibit a more bearish behavior in the week ahead should the Reserve Bank of New Zealand (RBNZ) show a greater willingness to preserve the record-low cash rate throughout 2017.

The downtick in the 2Q Consumer Price Index (CPI) accompanied by the unexpected contraction in New Zealand Employment may encourage the RBNZ to adopt a more cautious tone at the August 10 meeting especially as ‘GDP growth in the March quarter was lower than expected.’ As a result, the series of below-forecast figures may keep the central bank on the sidelines beyond Governor Graeme Wheeler’s departure in September as Deputy Governor Grant Spencer takes the helm for the next six-months.

At the same time, the RBNZ may follow a similar approach to its Australian counterpart, and like the Reserve Bank of Australia (RBA), Governor Wheeler and Co. may toughen the verbal intervention on the local currency as officials argue ‘a lower New Zealand dollar would help rebalance the growth outlook towards the tradables sector.’ As a result, dovish remarks from the RBNZ may generate a bearish reaction in NZD/USD, with the exchange rate at risk for a larger correction as it pulls back from the 2017-high (0.7558). 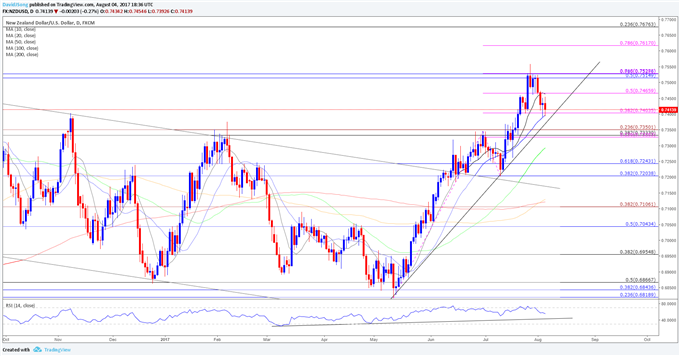 The broader outlook for NZD/USD has become more constructive as the pair clears the range from 2016, but the lack of momentum to close above the 0.7350 (23.6% expansion) hurdle raises the risk for a near-term correction as the pair fails to preserve the narrow range carried over from the previous week. In turn, the Relative Strength Index (RSI) may continue to pullback from overbought territory, with a close below the 0.7400 (38.2% expansion) handle opening up the former-resistance zone around 0.7330 (38.2% retracement) to 0.7350 (23.6% expansion), which may offer support. 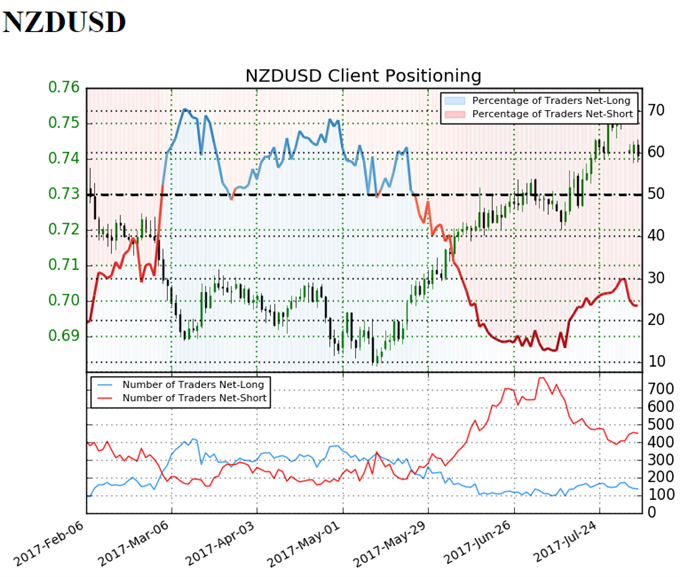