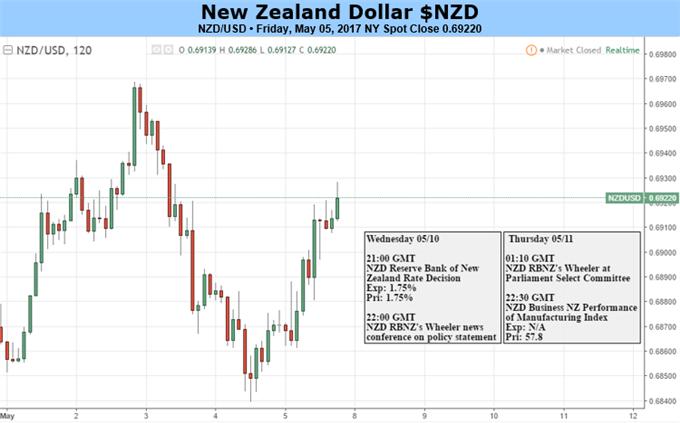 Kiwi Under The RBNZ's Thumb

After hitting a 10-month low on April 28, the New Zealand Dollar enjoyed a rare but brief fillip this this week, first on a better-than-expected jobs report, then on news that inflation expectations had risen.

New Zealand's near-term inflation expectations have also risen closer to the Reserve Bank of New Zealand's target mid-point of two percent for the second quarter, a survey showed Friday, May 5.

The RBNZ's quarterly survey of expectations showed business managers forecast annual inflation to average 1.92% over the coming year, from 1.56% in the first quarter survey. Two-year inflation expectations - seen as the period when RBNZ policy action will filter through to prices - rose to 2.17% from 1.92%.

The Kiwi reacted positively to these numbers, but it will take more than a few data points to shift the RBNZ off its highly accommodative stance – which will keep the Kiwi pinned down in the longer term.

In March, the RBNZ said that CPI, although recently beating expectations, is likely to be variable over the coming year, but that it expects a return to the midpoint of the target band over the medium term. Governor Graeme Wheeler also said that monetary policy will remain accommodative for a “considerable period”, thanks to multiple economic uncertainties, many of them international.

The central bank will almost certainly keep the official cash rate on hold at 1.75% at its policy meeting on Thursday May 11, though thanks to the stronger-than-anticipated first-quarter inflation figures, it may adjust its OCR forecasts in the accompanying Monetary Policy Statement.

Markets still think the next interest-rate move will be up, but possibly not soon. Futures markets currently suggest a rate increase within 12 months is very likely. 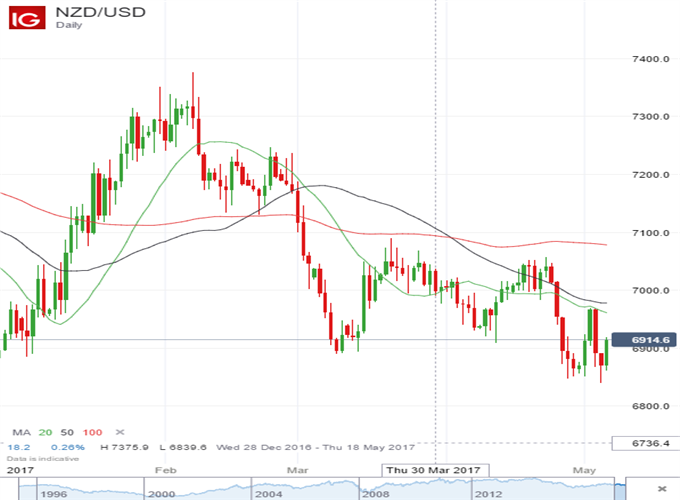