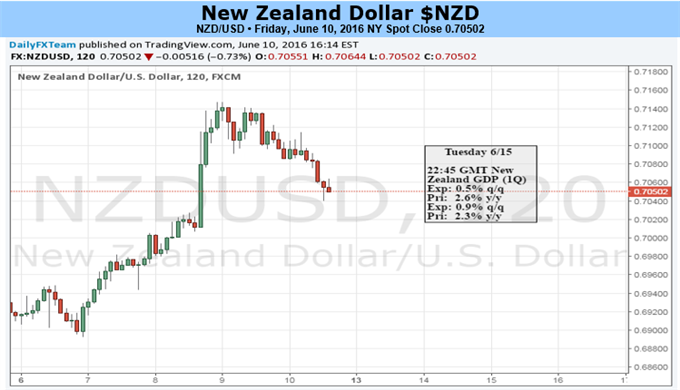 Coming into this week’s Reserve Bank of New Zealand rate announcement, expectations for future rate policy were extremely low. After cutting rates in December of last year and again in March, New Zealand still had one of the higher cash rates in the world at 2.25%. And given the continued fight that the economy has been staging in the effort of hitting their inflation target, which they’ve missed for over six years now, it made sense that we might see a nudge lower to rate policy in the not-too-distant future. Governor Graeme Wheeler had even alluded to the potential for future cuts after that most recent cut in March by noting the weakness in export prices and the fact that the trade-weighted exchange rate of NZD was more than 4% higher than the rest of the world in December.