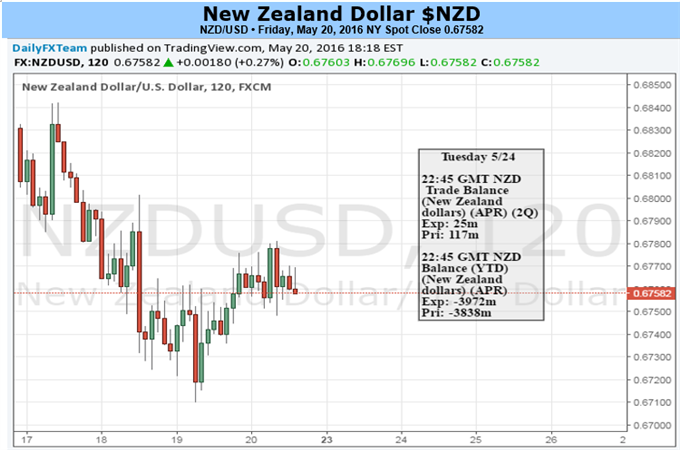 The US Dollar surprised a lot of G10 currencies last week, but the New Zealand Dollar held firm. NZD also gained against many of its commodity currencies brethren. The New Zealand Dollar was lower for the week only against the British Pound by nearly ~1.5%, but still outperformed eight of the G10 currencies on the week. While the calendar was light, traders turned focus to a release of migration and visitor data in addition to commodity stability.

The stable data and continued resilience of the commodity sector were enough to turn a favorable view of an RBNZ hold at 2.25% at their next meeting on June 08. Currently, the Future Implied Discount Rate is above the current rate going forward that shows many of the expected cuts at coming meetings are getting priced out and in so doing, are lifting the flightless bird.

In addition to the favorable permanent immigration release for the month of April, New Zealand April credit card spending rose 9.1% y/y vs. 4.8% in March. These developments aligned with the NZD/USD spot price showing a possible base formation around 100-DMA (where we bounced in early May) at 0.6721. Below there, traders should keep an eye on 0.6652, which is the 200- DMA.

Like other economies tied to commodities and China, consistent economic new release surprises in New Zealand’s data alongside increasing doubts of any rate cuts from the RBNZ has led to an appreciation of the NZD. Understandably, a balance trade economy that is commodity-reliant favors a weaker US Dollar, but a stronger currency does make exports less attractive to other nations. Therefore, we’ll need to be on the lookout for Wheeler’s tone about this potential development to see if the price of NZD/USD goes outside of their tolerance level if we hold above the 200-DMA. 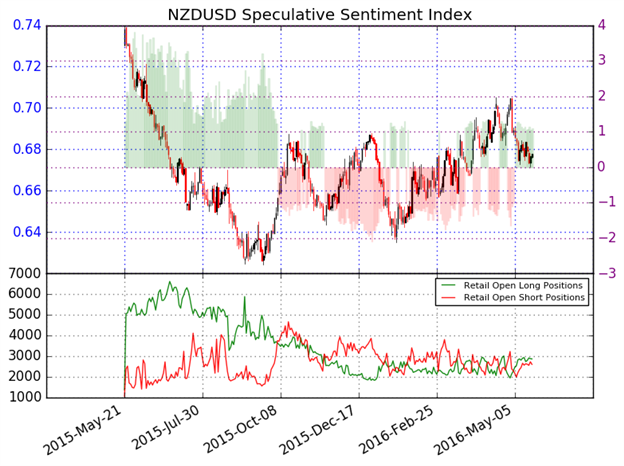 The ratio of long to short positions in the NZDUSD stands at 1.10 as 52% of traders are long. Long positions are 17.0% above levels seen last week. We use our SSI as a contrarian indicator to price action, and the fact that the majority of traders are long gives a signal that the NZDUSD may continue lower. The trading crowd has grown less net-long from yesterday but unchanged since last week. The combination of current sentiment and recent changes gives a further mixed trading bias.