The haven-associated Japanese Yen could be poised to push higher against its major counterparts on the back of a heated US presidential election, which threatens to ignite a period of significant risk aversion.

Trump has attempted to undermine the validity of the mail-in/absentee ballot process by stating that “if you count the legal votes, I easily win”, suggesting there is wide-spread voter fraud without a sliver of evidence and filing a series of legal challenges in crucial swing states.

However, Democratic challenger Joe Biden looks poised to become the next President of the United States, with the former Vice President currently leading in Arizona, Nevada and Georgia, while staging a substantial comeback in Pennsylvania. Indeed, with the outstanding ballots expected to favor Mr. Biden, wins in three of the four aforementioned states seems relatively likely.

Of course, with vote counting ongoing this is hardly a certainty. Nevertheless, a continuation of the current trends could see Biden beat the incumbent President in multiple battleground states, reducing the overall effectiveness of legal challenges from the Trump team and capping the upside for the anti-risk JPY. 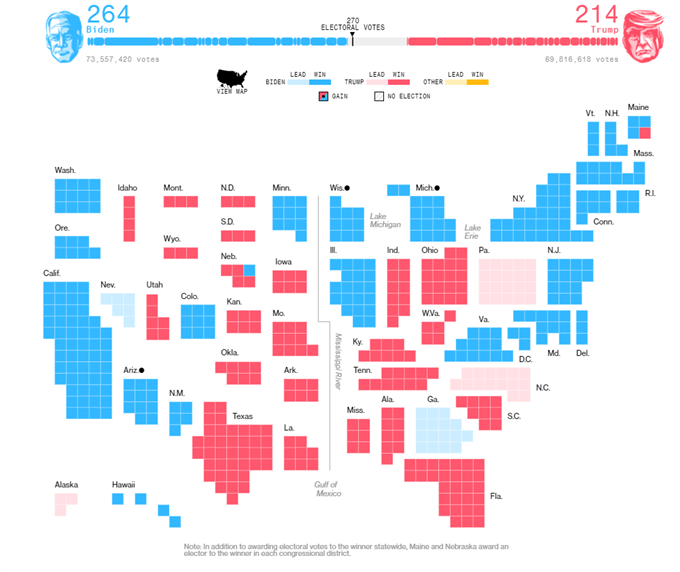 As noted in previous reports, the forced imposition of growth-hampering restrictions across Europe could intensify haven flows and in turn put a floor under the Japanese Yen.

The European Union’s two largest economies, France and Germany, have announced nation-wide lockdowns scheduled to last for at least a month, while Italy has introduced its strictest measures since emerging from a national lockdown in May.

With France recording a record 58,046 cases on November 6, the nation’s Health Minister Olivier Veran has warned that “if we do not sufficiently respect the lockdown, we will experience a wave that is stronger and longer than the first”.

Therefore, regional health developments may dictate market sentiment, with a sustained rise in infections increasing the likelihood that lockdown measures will be extended and probably encouraging investors to cut back on their risk exposure and seek the perceived safety of the Japanese Yen. 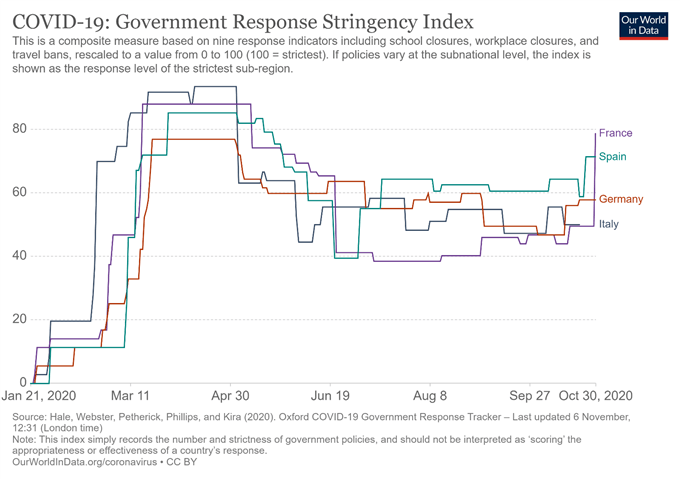 However, any significant appreciation in the Yen could prompt the Bank of Japan to intervene given the negative impact of sustained currency strength on the nation’s economic recovery.

In fact, Prime Minister Yoshihide Suga stressed before a parliamentary committee that a stable exchange rate is extremely important.

That being said, with the BoJ opting to keep its monetary policy settings unchanged at its recent meeting, the extent of intervention may be limited to verbal jawboning.

Therefore, the Yen’s rate of appreciation should be intently watched by investors, with a significant move higher probably prompting Japanese policymakers to act in order to curb the currency’s topside potential.