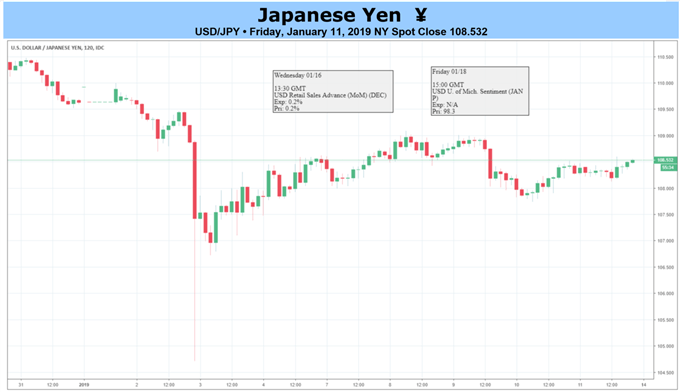 USD/JPY may face range-bound conditions ahead of the next Federal Reserve interest rate decision on January 30 as the central bank adjusts the forward-guidance for monetary policy, but fresh data prints coming out of the U.S. economy may fuel the sharp rebound following the currency market flash-crash should the developments instill an improved outlook for growth and inflation.

The Federal Open Market Committee (FOMC) appears to be withdrawing the hawkish forward-guidance as ‘changes in financial conditions appeared to reflect greater concerns about the global economic outlook,’ and the central bank may continue to change its tune over the coming months as ‘participants also reported hearing more frequent concerns about the global economic outlook from business contacts.’

It seems as though the Fed is less confident the U.S. economy will be able to tolerate higher interest rates amid the slowdown in global growth, and an increasing number of central bank officials may endorse a wait-and-see approach as Chairman Jerome Powellargues that the FOMC has the ‘ability to be patient and watch patiently.’ In turn, market participants may pay increased attention to Kansas City Fed President Esther George as the 2019 FOMC voting-member is scheduled to speak ahead of the policy meeting, and a batch of cautious comments may produce headwinds for the dollar as U.S. Treasury yields come back under pressure. 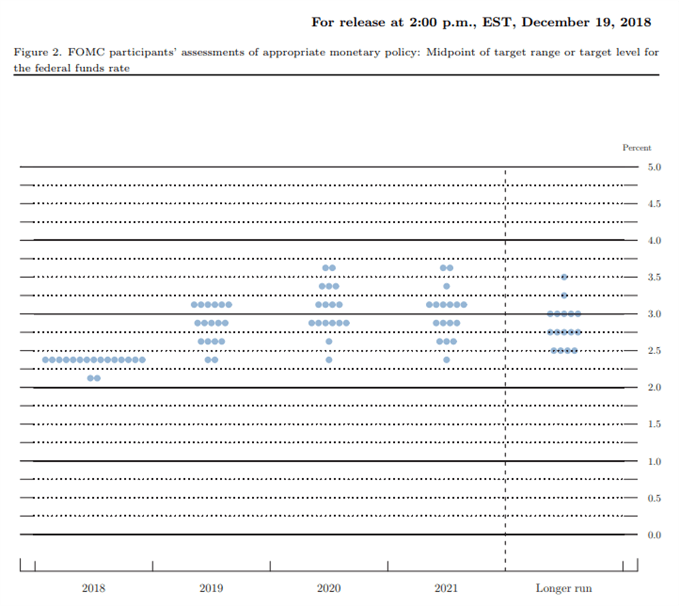 However, updates to the Retail Sales report may heighten the appeal of the greenback as private-sector spending is expected to increase another 0.2% in December, and little to no evidence of a recession may keep the FOMC on track to further normalize monetary policy as the economy sits at full-employment, while inflation holds near the 2% target. In turn, Chairman Powell & Co. may continue to project a longer-run interest rate 2.75% to 3.00%, and the narrowing balance sheet along with guidance for higher borrowing-costs may cushion USD/JPY in 2019 especially as the Bank of Japan (BoJ) remains in no rush to move away from its Quantitative/Qualitative Easing (QQE) Program with Yield-Curve Control. 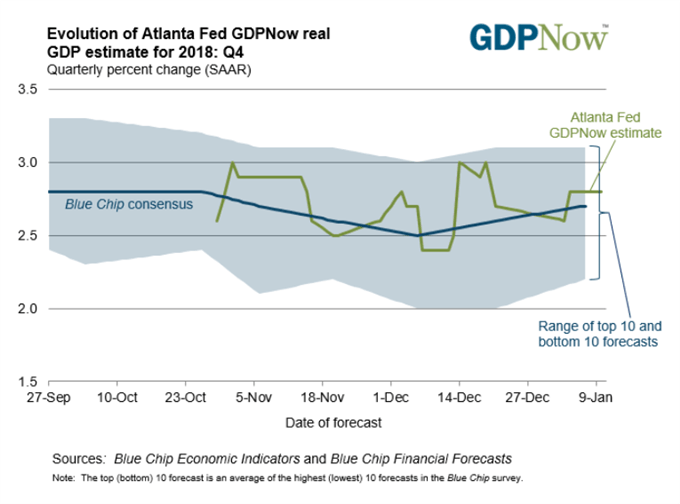 With that said, signs of a robust economy may challenge the recent shift in central bank rhetoric as the Atlanta Fed GDPNow model forecasts a 2.8% rate of growth for the fourth-quarter of 2018, and USD/JPY may try to stage a larger correction over the coming days as long as the Relative Strength Index (RSI) holds above 30. Sign up and join DailyFX Currency Analyst David Song LIVE for an opportunity to discuss potential trade setups! 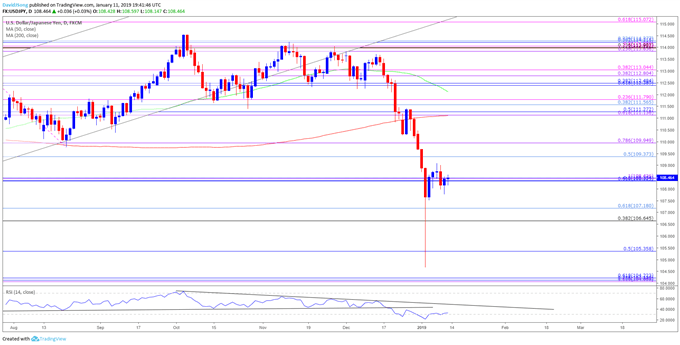 Keep in mind, the broader outlook for USD/JPY remains tilted to the downside as both price and the RSI snap the bullish trends carried over from the previous year, but the failed attempt to test the 2018-low (104.63) may generate range-bound conditions as the momentum indicator snaps back from oversold territory.

For more in-depth analysis, check out the 1Q 2019 Forecast for Japanese Yen