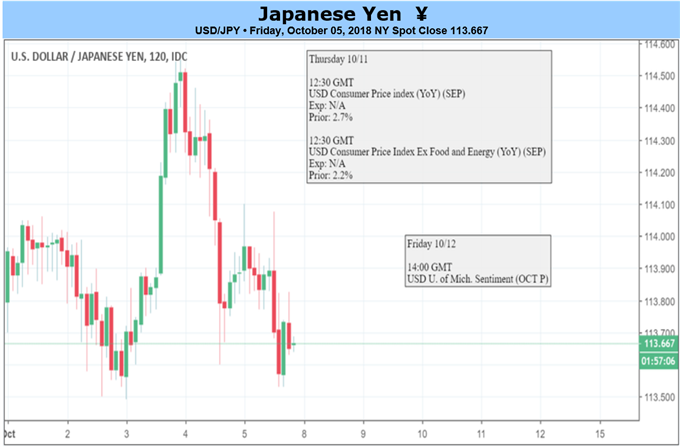 The near-term rally in USD/JPY appears to have stalled following the U.S. Non-Farm Payrolls (NFP) report as the updates highlight a slowdown in job/wage growth, and another batch of lackluster data prints may foster a larger pullback in the exchange rate as it undermines the health of the world’s largest economy.

The Consumer Price Index (CPI) on tap for the week ahead may also produce headwinds for the greenback as the headline reading is projected to narrow to 2.4% from 2.7% per annum in August, and another set of mixed developments may rattle the U.S. dollar as it does little to alter the monetary policy outlook.

The narrowing threat for above-target inflation may sap the appeal of the greenback as it limits the Federal Open Market Committee’s (FOMC) scope to extend the hiking-cycle, but it seems as though the central bank will stay on course to deliver four rate-hikes in 2018 as a growing number of Fed officials endorse a hawkish forward-guidance for monetary policy. 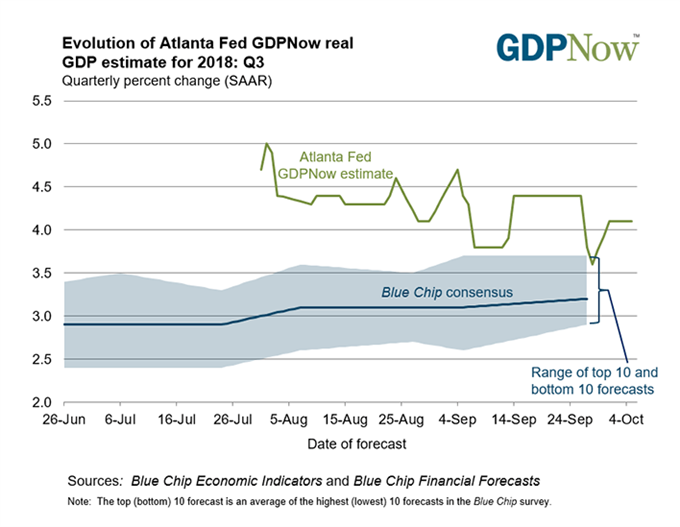 In a recent speech, Atlanta Fed President Raphael Bostic, a 2018-voting member on the FOMC, noted that ‘incoming economic data on the real side of the economy have come in stronger than I had been expecting earlier this year,’ and warned that ‘the potential for overheating would require a higher path for rates’ as the latest updates to the GDPNow model show the U.S. economy expanding 4.1% per annum in the third quarter of 2018.

Remarks from the FOMC suggest the central bank has little to no intention of deviating from its hiking cycle as ‘the economy is strong, unemployment is near 50-year lows, and inflation is roughly at our 2 percent objective,’ and Chairman Jerome Powell & Co. may continue to prepare U.S. households and businesses for higher borrowing-costs as ‘the Committee expects that further gradual increases in the target range for the federal funds rate will be consistent with sustained expansion of economic activity, strong labor market conditions, and inflation near the Committee's symmetric 2 percent objective over the medium term.’ 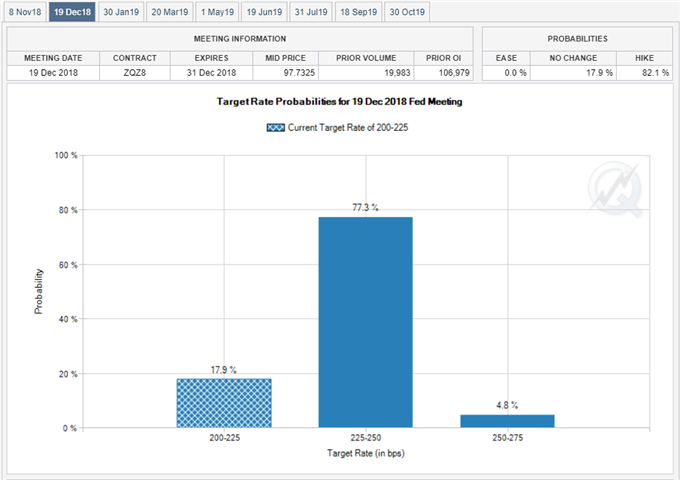 With that said, the broader outlook for USD/JPY remains supportive as Fed Fund Futures continue to reflect expectations for at least a 25bp rate-hike at the next quarterly meeting in December, but recent price action raises the risk for a larger pullback in the exchange rate as the Relative Strength Index (RSI) falls back from overbought territory and snaps the bullish formation carried over from the previous month. Sign up and join DailyFX Currency Analyst David Song LIVE for an opportunity to discuss potential trade setups! 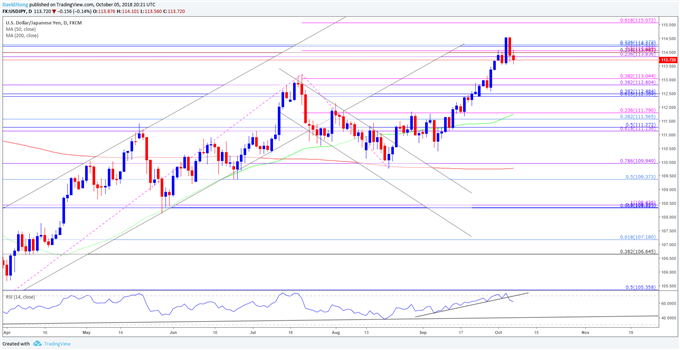