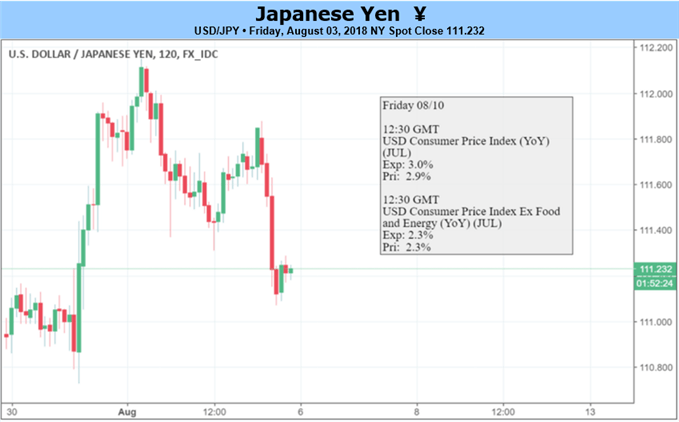 USD/JPY pares the advance from late-July as the below-forecast U.S. Non-Farm Payrolls (NFP) report dampens the outlook for growth and inflation, and data prints scheduled for the first full-week of August may continue to drag on the exchange rate as attention turns to the updates for the Consumer Price Index (CPI).

Even though the headline reading is expected to increase 3.0% per annum in July, which would mark the fastest pace of growth since 2011, the core rate of inflation is anticipated to hold steady at 2.3% for the second consecutive month. The CPI figures may add to the bag of mixed data prints as the NFP report disappoints, and another set of lackluster developments may keep USD/JPY under pressure as it rattles bets for four Fed rate-hikes in 2018.

Keep in mind, recent comments from the Federal Open Market Committee (FOMC) suggest the central bank has no intentions of deviating from its hiking-cycle as the ‘Committee expects that further gradual increases in the target range for the federal funds rate will be consistent with sustained expansion of economic activity, strong labor market conditions, and inflation near the Committee's symmetric 2 percent objective over the medium term.’ 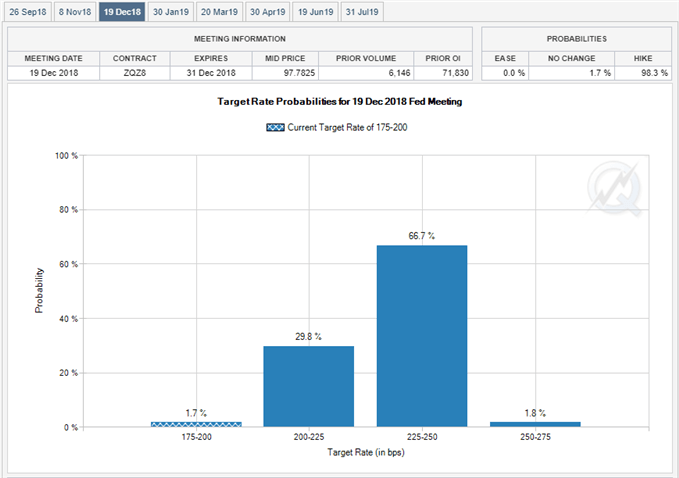 Despite the threat of a trade war with China, it seems as though the FOMC will adopt a less-accommodative stance over the coming months as the U.S. economy nearly sits at full-employment while inflation holds around the 2% target, and Fed Fund Futures may continue to reflect expectations for four rate-hikes in 2018 as Chairman Jerome Powell & Co. hawkish forward-guidance for monetary policy.

With that said, the incoming batch of U.S. data prints may keep USD/JPY under pressure if the fresh figures instill a weakened outlook for the economy, and easing bets for four Fed rate-hikes may fuel a broader shift in USD/JPY behavior as both price and the Relative Strength Index (RSI) snap the bullish trends from earlier this year. 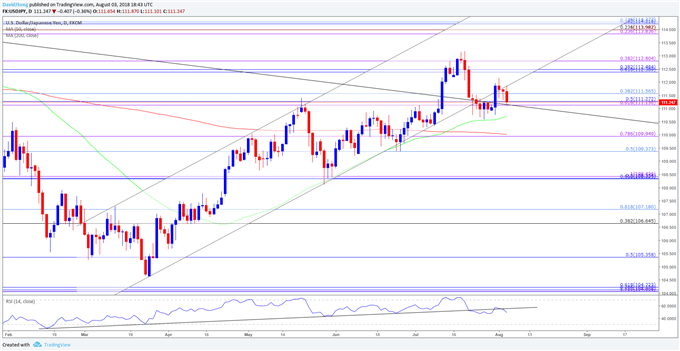