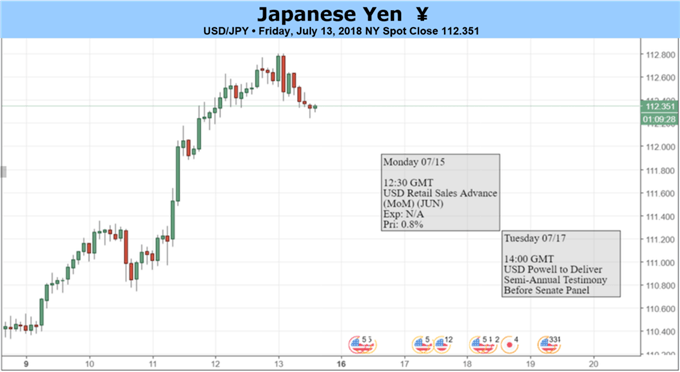 The semi-annual Humphrey-Hawkins testimony may influence the near-term outlook for USD/JPY as Fed Chairman Jerome Powell appears before Congress, and the fresh rhetoric may ultimately fuel the recent rally in the dollar-yen exchange rate should the central bank head show a greater willingness to deliver four rate-hikes in 2018.

Recent comments from Chairman Powell suggest the Federal Open Market Committee (FOMC) will stick to its current course as the U.S. economy is in a ‘good place,’ and the central bank head may reiterate that the monetary policy will remain ‘independent of all political concerns’ as the board gets a step closer in achieving their dual mandate for full-employment and price stability.

Even though the FOMC wants‘inflation to be symmetrically around 2 percent,’ Chairman Powell may strike a hawkish tone in front of U.S. lawmakers as he pledges to ‘work in a strictly nonpolitical way, based on detailed analysis,’ and Fed officials may continue to prepare U.S. households and businesses for higher borrowing-costs as ‘the Committee expects that further gradual increases in the target range for the federal funds rate will be consistent with sustained expansion of economic activity, strong labor market conditions, and inflation near the Committee's symmetric 2 percent objective over the medium term.’ 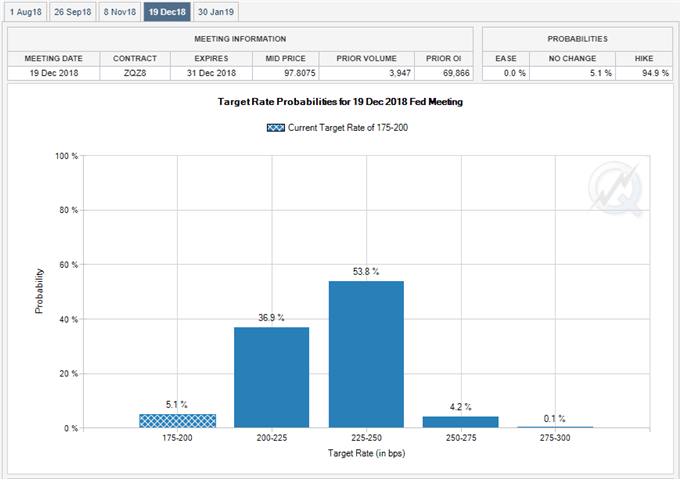 Keep in mind, Fed Fund Futures continue to reflect limited bets for four rate-hikes in 2018, with market participants currently pricing a less than 60% probability for a 25bp increase in December, but a fresh batch of hawkish comments may sway expectations as FOMC officials ‘generally judged that, with the economy already very strong and inflation expected to run at 2 percent on a sustained basis over the medium term, it would likely be appropriate to continue gradually raising the target range for the federal funds rate to a setting that was at or somewhat above their estimates of its longer-run level by 2019 or 2020.’

As a result, topside targets remain on the radar for USD/JPY as both price and the Relative Strength Index (RSI) track the upward trend from earlier this year, with recent developments in the oscillator suggesting the bullish momentum is gathering pace as the indicator trades in overbought territory. 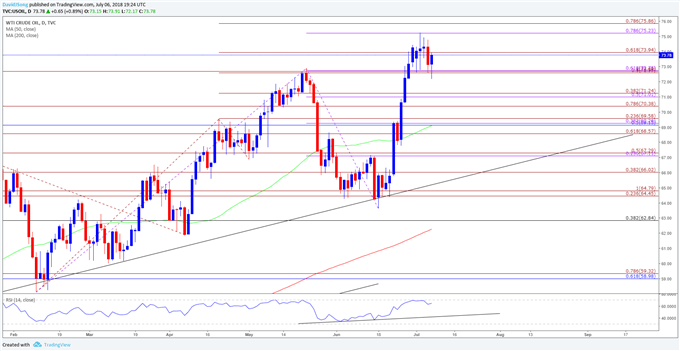