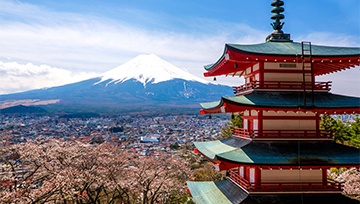 Japanese Yen May Teeter Between USD Gains and Risk Trends 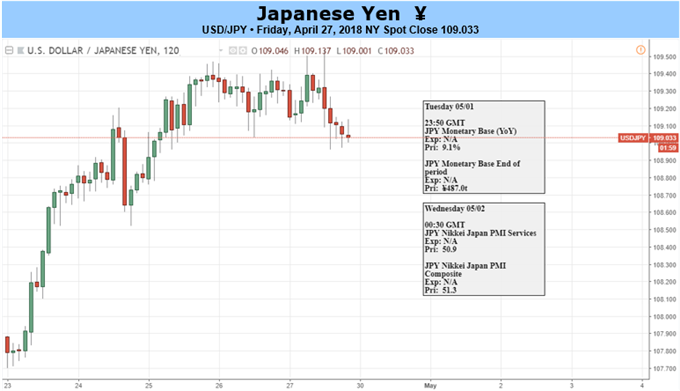 The Japanese Yen gapping lower and depreciating at the beginning of last week gave a preview of what would be to come. By Wednesday, USD/JPY closed at its highest since early February despite some mixed performance on Wall Street throughout the week on the earnings season. A stronger US Dollar, via hawkish Fed monetary policy expectations, came at the expense of other currencies including the Yen.

This month’s Bank of Japan rate decision failed to offer a meaningful direction for the local unit. Rates and their 10-year yield target were left unchanged as expected. Interestingly, the central bank dropped their previous statement on the timing of reaching 2 percent inflation around fiscal year 2019. Their update followed the prior week’s local inflation report, where the headline CPI rate declined to +1.1% y/y from 1.5% y/y.

With a rather status quo BoJ and a lack of critical domestic economic event risk, the Japanese Yen will probably look to external factors for price direction next week. There are plenty of which. For starters, we will get US PCE on Monday. This is the Fed’s preferred measure of inflation. The core rate is expected to come in at +2.0% y/y in March from 1.6% prior. Such an outcome would bring inflation to their target.

However, the markets could be hesitant to commit to price direction because the data will be released before April’s FOMC monetary policy announcement crosses the wires on Wednesday. The Fed is expected to leave rates unchanged which makes their forward guidance what onlookers will tune in for. Lately, policymakers have been offering rosy outlooks on the economy. More of the same here could add fuel to the greenback’s ascent, sending its Japanese counterpart lower.

But wait, there’s more! The last crucial US economic event will be Friday’s employment report. The country is expected to add more jobs than in March as the unemployment rate falls to 4.0% (the lowest since December 2000). However, average hourly earnings are expected to remain more or less unchanged. Lately, the markets have been more interested in wage gains though.

While this coming week sets up a rather positive picture for the greenback if US data comes in strong, keep in mind that tightening credit conditions via the Fed can also bode ill for stocks. This means that the anti-risk Japanese Yen could find itself balancing between USD gains and sentiment. Speaking of the latter, first quarter earnings from Apple and Tesla, which are due on Tuesday and Wednesday respectively, may impact Wall Street. This kind of picture paints a neutral fundamental forecast for the Yen.