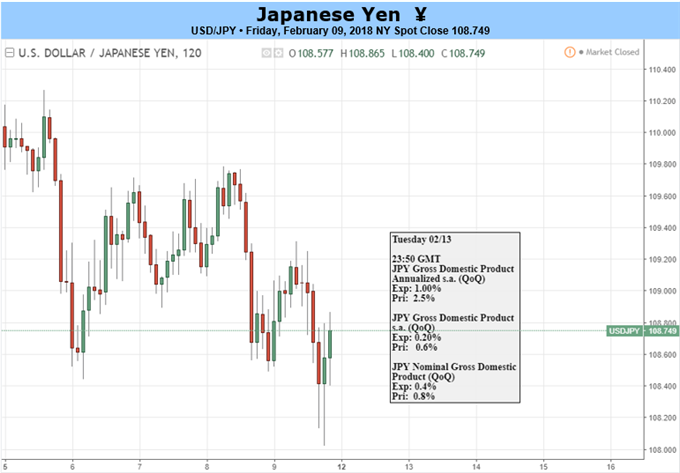 The near-term rebound in USD/JPY unravels even as the U.S. lawmakers reached a two-year budget agreement to end a partial government shutdown, and the pair stands at risk for further losses as fresh data prints coming out of the world’s largest economy are expected to dampen the outlook for growth and inflation.

Updates to the U.S. Consumer Price Index (CPI) may weigh on the dollar as both the headline and core reading for inflation are expected to downtick in January, while a separate report is anticipated to show Retail Sales increasing 0.2% following a 0.4% expansion in December. Signs of greater-than-expected economic slack may push Chairman Jerome Powell and Co. to project a more shallow path for the benchmark interest rate as the central bank struggles to achieve the 2% target for inflation. 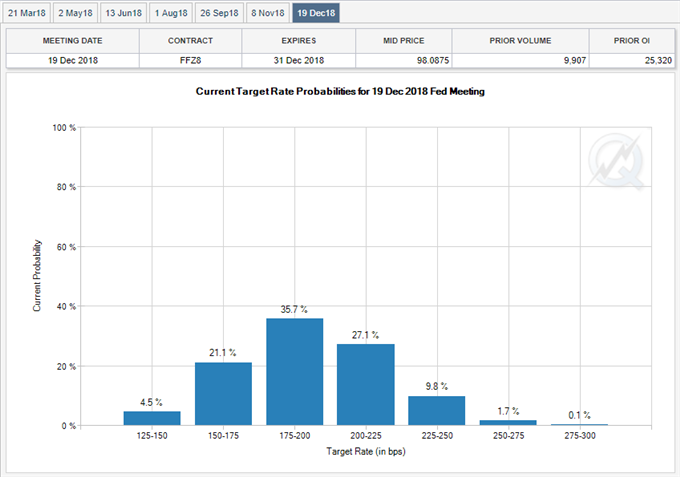 The FOMC looks poised to implement higher borrowing-costs at the next quarterly meeting in March as ‘the Committee expects that economic conditions will evolve in a manner that will warrant further gradual increases in the federal funds rate,’ but market participants appear to be unconvinced the central bank will adopt a more aggressive path in normalizing monetary policy as Fed Fund Futures currently highlights a 50/50 chance for three rate-hikes in 2018.

As a result, a batch of lackluster data prints may fuel the near-term decline in USD/JPY, with the break of the January-low (108.28) opening the door for further losses as the pair starts to carve a series of lower highs & lows. Interested in having a broader discussion on current market themes? Sign up and join DailyFX Currency Analyst David Song LIVE for an opportunity to discuss potential trade setups! 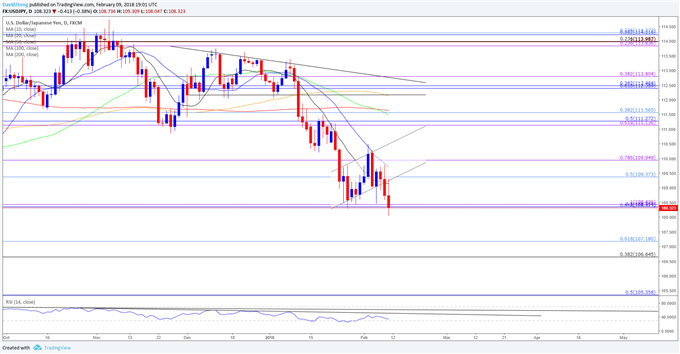 A bear-flag appears to be unfolding for USD/JPY, with the downside targets back on the radar as the pair snaps the monthly range. Dollar-yen is quickly approaching the 2017-low (107.32), which sits just above the Fibonacci overlap around 106.70 (38.2% retracement) to 107.20 (61.8% retracement), with the next downside region of interest coming in around 105.40.

Keep a close eye on the Relative Strength Index (RSI) as it approaches oversold territory, with a move back below 30 raising the risk for a further decline in the exchange rate as the bearish momentum gathers pace. Interested in trading? Review the ‘Traits of a Successful Trader’ series on how to effectively use leverage along with other best practices that any trader can follow.