USD/JPY Outlook Clouded with Mixed Signals Ahead of FOMC Minutes 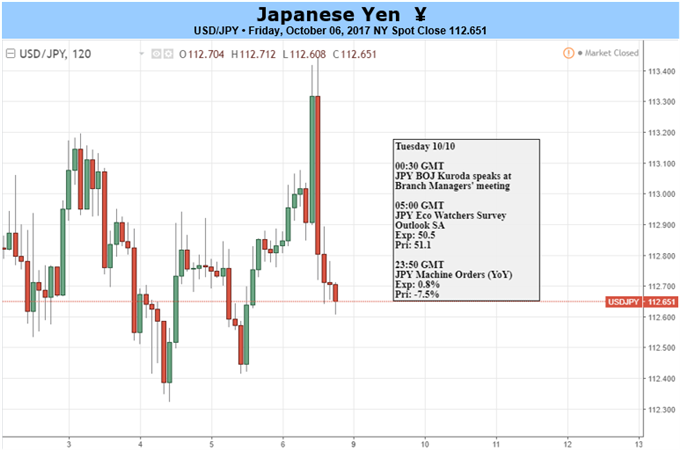 USD/JPY appears to be on its way to test the July-high (114.50) as it clears the monthly opening range following the U.S. Non-Farm Payrolls (NFP) report, but the near-term outlook remains clouded with mixed signals as the rebound from the 2017-low (107.32) appears to be losing momentum.

Even though U.S. employment narrowed 33K in September, a deeper look at the NFP report showed household earnings increasing for the third consecutive month, with the Labor Force Participation widening to 63.1%, the highest reading since March 2014, as discouraged worked returned to the labor pool. The ongoing improvements in labor market dynamics are likely to keep the Federal Open Market Committee (FOMC) on track to deliver three rate-hikes in 2017 especially as New York Fed President William Dudley, a permanent voting-member on the committee, argues ‘it is still appropriate to continue to remove monetary policy accommodation gradually.’

As a result, the FOMC Minutes may spark fresh monthly highs in USD/JPY as a growing number of Fed officials look to further normalize monetary policy over the coming months, and the pair may continue to broadly track changes in U.S. Treasury Yields as the Bank of Japan (BoJ) sticks to its Quantitative/Qualitative Easing (QQE) Program with Yield-Curve Control. Moreover, the U.S. data prints on tap for the week ahead may also prop up dollar-yen as the Consumer Price Index (CPI) is projected to increase for the fourth straight month in September, while Retail Sales are expected to rebound 1.4% during the same period.

Keep in mind, the broader outlook for USD/JPY remains confined by the range-bound price action from earlier this year, with the Relative Strength Index (RSI) also bound by the bearish formation carried over from May. 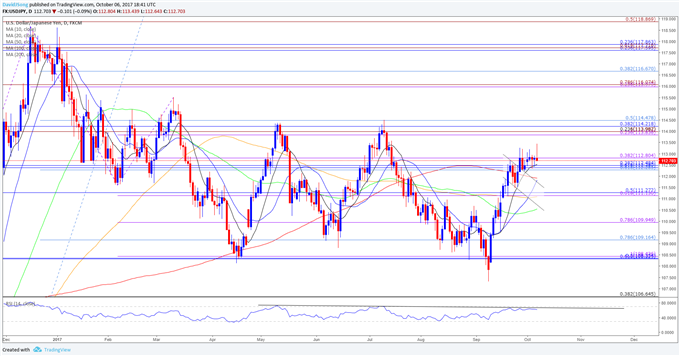 The near-term outlook for USD/JPY remains constructive for now as the pair pushes to fresh monthly-highs following the bull-flag formation, with the next topside hurdle coming in around 113.80 (23.6% expansion) to 114.30 (23.6% retracement), which sits just below the July-high (114.50). However, the rebound from the September-low (107.32) appears to be stalling as the RSI flat-lines ahead of overbought territory, and the bullish momentum may continue to abate, with a break of the monthly opening range raising the risk for a move back towards the Fibonacci overlap around 111.10 (61.8% expansion) to 111.60 (38.2% retracement). 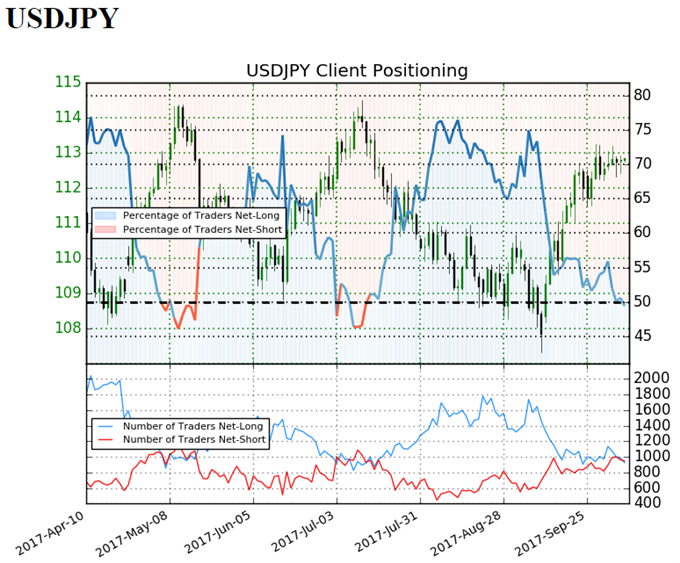