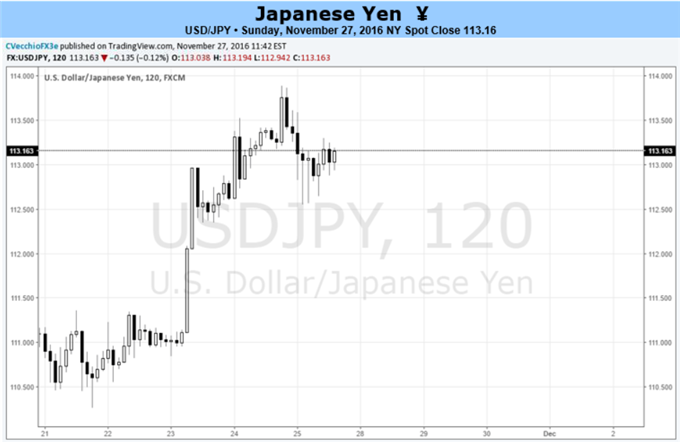 Yen Dropping at its Fastest Pace in Two Decades But What Motivation are Bears Tapping?

- USD/JPY has posted its fastest three-week climb since July 1995.

- Watch what the US NFPs on Friday will do to a pair like USD/JPY reacting to both rate and risk views.

All of the major Yen crosses rose this past trading week…aggressively. Much of the strength to these crosses – weakness for the Japanese currency – can be summed in the USD/JPY’s performance. The world’s second most liquid currency pair rallied strongly this past week to round out a three-week climb that has no equal in the past 21 years. Dollar strength strong-arming the Yen and its counterparts does have some merit, but such tail wind is limited. Risk appetite is similarly dubious as only US equities seem to enjoy the drunk optimism that would be extracted from the USD/JPY’s rate of climb. The true source of this move may be something as detrimental as capital flight. Few trades founded on pain perform well for long.

The first thing to clear up in assessing the Yen crosses bearings moving forward is misallocated views of influence. This current climb is not the work of Japanese authorities. The Bank of Japan has backed off of its ever-growing stimulus vow as the effectiveness of competitive monetary policy globally cools. The Japanese government’s efforts in the meantime have barely even registered. As central banks collectively set the limits of their accommodation, the BoJ has found itself among the most prominent recipients of outright doubt from speculators.

While the Japanese stimulus program may have lost control of the reins, its long-term course has solidified the assumptions that its currency is an ideal funding currency to carry trade. The yield collecting strategy rises and falls with the same sentiment tide that pushes global equities or shifts the preference from advanced to emerging market assets and back again. US equities seem to signal a remarkable climb in speculative appetite – perhaps enough to make even the record low returns on these crosses palatable. The problem is that risk drive in everything other than US shares lacks for drive.

In the absence of these traditional, speculative motivations; perhaps the true motivation is something as banal as necessary diversification. Brexit rang the bell of rising protectionism, but the US election made the risk all too real for Japan. President-elect Donald Trump ran on a platform of protectionism that would see the world’s largest consumer economy erect trade barriers on countries whose livelihood is more prominent source through exports. Japan is one of those economies. With the TTP and other important trade deals with the US and other major partners at risk, growth and international investment appeal in Japan drop quickly. The question therefore is how far do protectionist ideals and actions progress – or recede – in the coming week. –JK